A couple of weeks ago, the Samsung Rex 80 and Rex 60 made their debut along with two others in the same series. The company has positioned the devices as ‘smart feature’ phones for emerging markets. Meaning they’re cheap, or comparatively less expensive than other handsets.

Both the handsets have now reached online retailers across India. They can be grabbed for price tags of Rs. 3,699 and Rs. 4,940, respectively. Saholic, Flipkart and Infibeam are among the major sellers who happen to be stocking both devices at present. Meanwhile, there’s no word on when model numbers 70 and 90 in the series will actually hit market availability in the region. 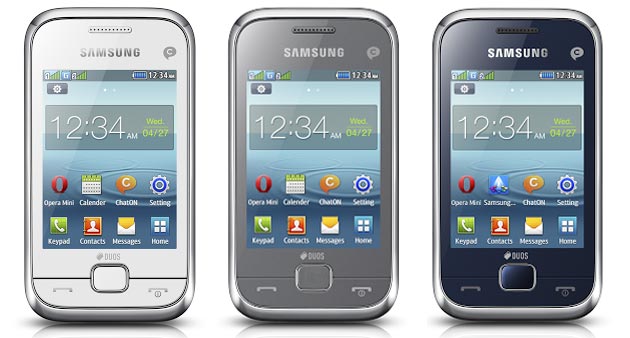 The C3312r has a QVGA TFT LCD of 2.8 inches spanning across its front and a very basic 1.3MP camera is affixed to the back panel. The handset comes with 30MB onboard user memory and the ability to expand the hoarding space by up to 16GB. The TouchWiz Lite UI, ChatOn, the pre-loaded Opera Mini browser and 850/900/1800/1900MHz EDGE network compatibility figure among the tech specs.

The S5222r claims most of the C3312r’s features. But on the display and camera fronts, it has a 3-inch QVGA TFT LCD screen and a 3.2MP main lens. Both are dual SIM phones and have USB 2.0 connectivity, Wi-Fi and Bluetooth v3.0. They run on 1000mAh batteries and offer access to common networking services like Facebook, GTalk, Twitter and Yahoo Messenger. 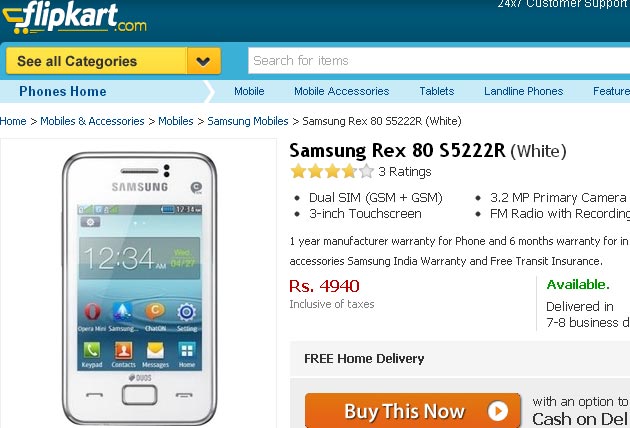 When it comes to feature phones, Nokia has had its foot firmly cemented in this segment for quite some time. At the ongoing MWC 2013, the Finnish company pulled two such devices out of its sleeves – the 301 and 105. So anyone considering their options in the lower end category have two major players to pick sides with. Of course, Nokia fans will have to wait a bit for the said pair to be laid out. 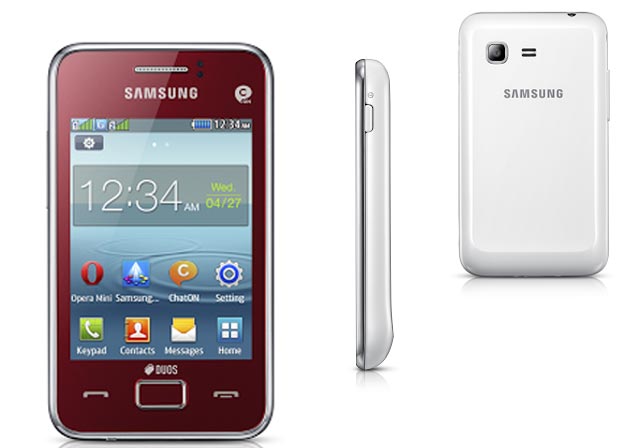 Those who are particularly picky about the shades in which their phones are painted, the Samsung Rex 60 is being sold in blue through all three of the aforesaid retailers, while it’s 80 version only appears to have surfaced in white. So much for the red color option for the last mentioned handset.