External hard drives are all the rage at the moment, but options like the new Samsung Portable SSD T1 are able to beat them in terms of speed and security by massive margins. The catch however is that they are extremely pricey to buy, with the starting cost of the new product being Rs 12000 (250GB).

Computer experts are used to infusing their assembled PCs with internal SSD drives in order to grab incredibly fast transfer speeds, even if it means less amount of actual storage space. But with products like the Samsung Portable SSD T1, they now have the option of using them externally. 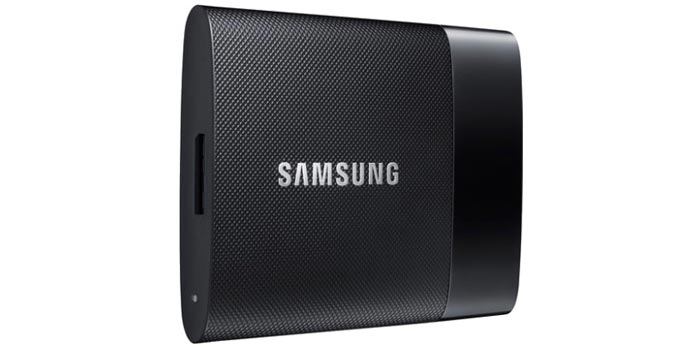 The well crafted Samsung Portable SSD T1 has reached India in the form of models offering 250GB, 500GB and 1TB of storage. These Samsung SSDs can be bought right now through online shopping portals at Rs 12000, Rs 18000 and Rs 35000, respectively. Just for comparison, a normal 2TB HDD hard drive costs around Rs 4500.

So what is it about the Portable SSD T1 and other SSD drives in general that warrants such a high asking amount? They have no moving parts inside them, and are hence able to offer a whopping 100 times more write speed than external hard disk drives.

Additionally, this new Samsung offering boasts of AES 256-bit hardware encryption which can only be decrypted by a user-set password. It’s extremely durable as well, being able to withstand bumps and drops as well as shocks of up to 1500G/0.5ms. This device is smaller than a regular business card holder and weighs just about 30gms.

The Samsung Portable SSD T1 is currently available for purchase through e-commerce sites like Amazon, Snapdeal and Flipkart, and is slated to hit regular retail stores soon.