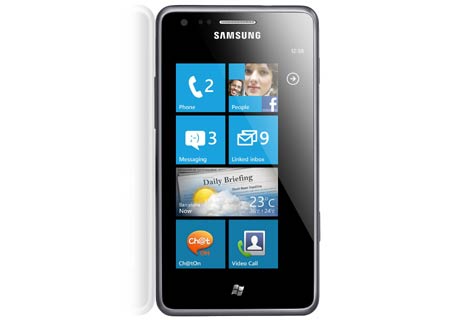 The Samsung Omnia M price in India suggests that the newly launched smartphone will be up for grabs for not more than Rs. 18,650. This Windows Phone handset was recently announced to be headed towards the UK as well.

Where specifications matter, the device runs on the Tango version of Microsoft’s mobile platform, while a 1GHz processor is employed for a speedy web browsing experience and smooth multitasking over the tile-based Metro UI. On the memory front, it houses 4GB internal storage capacity and 384MB of RAM. The device even employs a 5MP camera featuring LED flash for capturing stills and recording videos.

“At Samsung, we are committed to providing our consumers with more choice across the different operating systems and Omnia M is our latest offering on the Windows platform. Omnia M is clearly differentiated on account of its very intuitive ‘Metro Tile user interface,’ its large Super AMOLED display as well as its social features including access to the Samsung created Family Story, a cloud based network for family members to share messages, videos and photos,” states Ranjit Yadav, Country Head, Mobiles & IT, Samsung India. 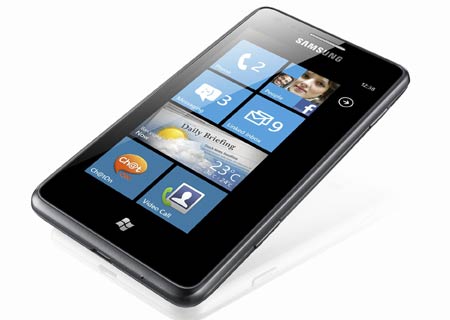 There’s also a front-facing VGA camera for face-to-face chatting which can be coupled with the manufacturer’s Tango (mVoIP) application for commencing video calls over Wi-Fi and 3G. Complementing this is an HSDPA download speed of 7.2Mbps. Bluetooth 2.1 is also included amongst the connectivity features. Other goodies thrown in comprise of the cross-platform ChatOn service, the Photo Studio app and the Xbox Live application for gaming enthusiasts.