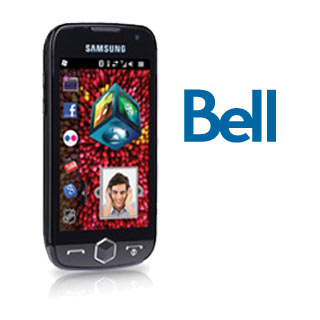 Few months back, the Omnia series of Samsung received an innovative addition with the launch of the Omnia II. Well, it is said to be available in Canada exclusively via Bell, this month. Further, the Samsung smartphone is also the Official Mobile Device of the Vancouver 2010 Olympic Winter Games.

“As the Official Worldwide Olympic Partner for Wireless Telecommunications Equipment, Samsung takes great pride in our commitment to the Olympic Games and through our wireless technology we are linking fans around the world to the Games by making information related to results, schedules, athletes and more, available. Breaking ground in multimedia features and performance, OMNIA II promises an unrivaled all-in-one mobile experience even the most demanding smartphone users will enjoy,” mentioned Paul Brannen, General Manager, Mobile Communications, Samsung Electronics Canada.

“As a Premier National Partner and the Exclusive Telecommunications Partner to the Vancouver 2010 Olympic and Paralympic Winter Games, Bell is excited to announce the exclusive launch of the Samsung OMNIA II touchscreen smartphone, the Official Mobile Device of the Games,” stated Adel Bazerghi, Senior Vice President of Products at Bell Mobility.

Bell has not not yet revealed the pricing details of the Samsung Omnia II.