A new Samsung Galaxy Tab S lineup is being prepped for release with a fingerprint sensor, octa-core processor and 2560 × 1600p AMOLED touchscreen. We’d normally advise you to take such a story with a pinch of salt, but we want to believe the company itself has finally got tired of launching the same tablet lineups year after year and is looking to market something different.

And from the sound of it, the Samsung Galaxy Tab S will be a high end slab of Android either running on a heavy dose of the South Korean company’s KitKat tablet UX or sporting the newer Tab/Note Pro Magazine UX. The device is supposed to embed an eight-core Exynos 5 5420 chipset consisting of four 1.3GHz Cortex-A7 cores and four 1.9GHz Cortex-A15 cores. It managed to score 35,268 points on Antutu benchmark tests, meaning it’ll be one very powerful tablet, says SamMobile. 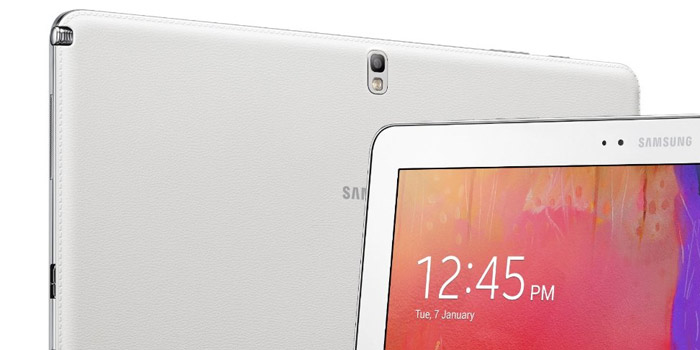 But then again, Samsung has a reputation for tinkering with its devices’ processors to show them off at their best and the final version of the Galaxy Tab S may be weighed down by bloatware and what not. The tablet is expected to arrive in 8.4-inch and 10.5-inch variants, each sporting plain old Wi-Fi as well as Wi-Fi and 4G LTE compatibility. The company is reported to have ditched the idea of 3G network support for the present.

Some features from the Galaxy S5 including fingerprint unlock, Private Folder, PayPal Payments and Samsung Apps login as also a new Multi-User login are anticipated to land on the Samsung Galaxy Tab S members. We’re still waiting for word about pricing and availability details.