Pegged at Rs 27900 currently, the Samsung Gear S is going for a lower price than the initially announced amount not just on Amazon India, but also on the company’s official online store. The smartwatch was introduced in the country for Rs 28900, though Samsung seems to have changed its mind with the idea of giving the device better odds in the market.

After all, the much more attractive Moto 360 is selling in India for just Rs 17999 and it runs on Android. The Samsung Gear S which is based on the fledgling Tizen OS does have one small advantage over rivals – it can function independent of a smartphone. It has a SIM card slot for allowing users to make or receive calls over 3G or 2G networks even when it’s not connected to a handset. 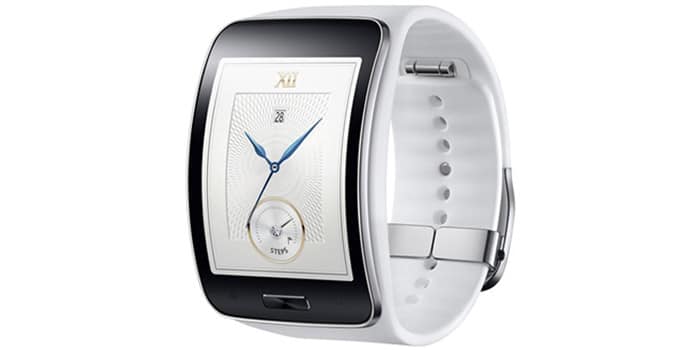 Arriving in two color options of white as well as black and sporting a squarish face, the Gear S is embedded with a 2-inch 360 x 480p resolution S-AMOLED Curved display. Its facade is IP67-certified to withstand water and dust to a certain extent. And the 300mAh Li-ion battery under the hood is apparently good for 2 days of average usage.

This Samsung smartwatch gets its kicks from a dual core processor clocked at 1GHz and a modest 512MB of RAM. In keeping with the trend of such devices serving as fitness trackers too, the gadget includes a heart rate sensor and S Health support. Its connectivity options cover Wi-Fi, Bluetooth 4.1 and A-GPS/Glonass, and there’s 4GB of ROM aboard.

As we already mentioned above, you can snap up the Samsung Gear S from Amazon India or the company’s online portal.