The brand new Samsung Galaxy Tab S has been launched in two sizes of 8.4 inches and 10.5 inches, with all sorts of content extras and the prices start at $399. Now you’re saying that the company has scores of tablets under its belt covering the Galaxy Note, Note Pro, Tab and Tab Pro series, right?

UPDATE: For those in India, we expect that the Galaxy Tab S will cost well over Rs 25000 and launch very soon. Samsung is known for releasing its products in a timely fashion in the country and July or August may be the latest you will have to wait for the tablet to hit the market. 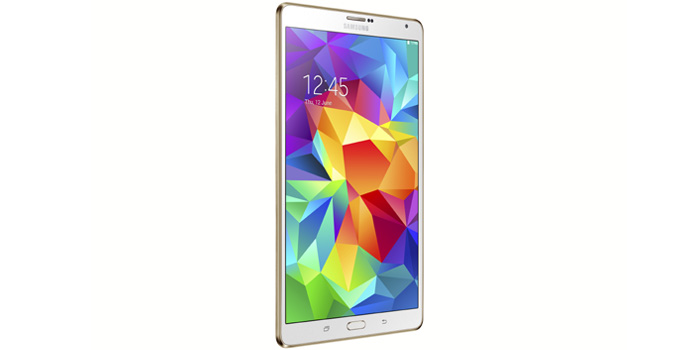 Well, Samsung clearly thinks content is the way to go if you want to make an impression and has packed the Galaxy Tab S with loads of extra stuff. But make no mistake, the two new devices are the best of the brand’s tablet offerings at any rate and also the thinnest.

Samsung’s Papergarden magazine service which enhances the way users interact with digital magazines makes it debut on the Tab S and along with it, the Galaxy Gifts bouquet too. The last mentioned is the $500 bundle of free content which was introduced with the Galaxy S5. It includes in-game offers, coupons and subscriptions to cloud storage services, magazines as well as comic books amongst other things.

The Galaxy Tab S will be launched this July with 32GB or 16GB onboard storage as also, in plain old Wi-Fi and Wi-Fi + LTE versions. Depending on the market in which it is being sold, the devices will arrive with octa core Exynos (Wi-Fi variant) or quad core Snapdragon (LTE) chips. Samsung has borrowed the Galaxy S5 dotted design inspiration for the back casing and will release its latest in white or titanium bronze color options. 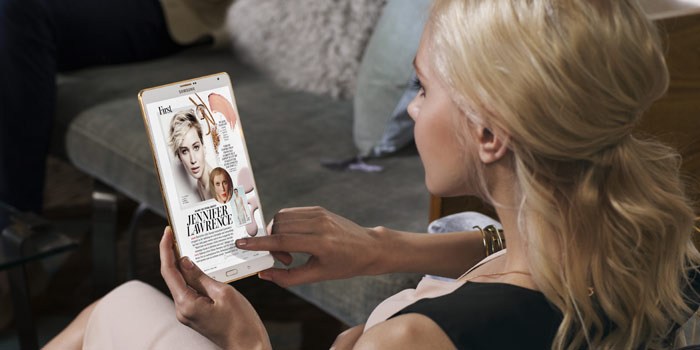