Word out is Samsung has its crew crafting the Galaxy Tab 3, the first variant of which should apparently be stepping into the market sometime in June. As rumor has it, this should be the manufacturer’s next 8-inch offering after the recently announced Note 8.0. Also, the South Korean tech giant probably plans on christening its fresh upcoming devices with an altogether new moniker.

From what can be gathered, the codes will begin with SM-T instead of GT, SC, SCH, SGH, SPH, SHV and SHW. However, it is still a mystery what SM could in reality stand for. Now we can dump this news on the rumor pile like any other unconfirmed piece of information, but the folks over at SamMobile claim to have acquired this tidbit from the company’s official Japan-based website. 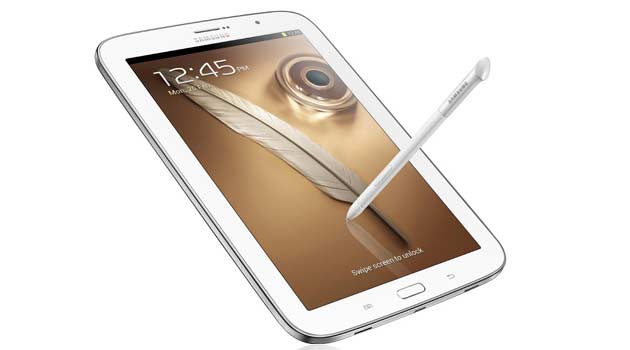 Moving on, the next generation of the company’s tablet will apparently be termed SM-T3100 and SM-T3110. The former label will supposedly be seen pasted on a 3G variant, while the latter may be given to a Wi-Fi model. Both the slates are however said to be clinging to an internal memory of 16GB.

Not surprisingly, the purported tablet will be taking a dip in white before hitting stores and there is no word yet whether a different color is in the works. If the buzz was to be believed, the Wi-Fi variant will be the first to make an entrance in the second week of June. The 3G unit on the other hand is expected either in the last week of June or in the onset of July.

These are all the details with respect to the Samsung Galaxy Tab 3 that have managed to escape so far. And assessing the sort of limelight the conglomerate’s devices are usually exposed to before they actually appear in flesh, it is safe to say there is a lot more in store for the third generation 8-inch tablet.