The Samsung Galaxy Star 2, Galaxy Star Advance and Galaxy Ace NXT smartphones have been launched in India with their main highlights being the Android KitKat OS and support for up to 12 regional languages. These affordable handsets come equipped with low-end specs and are set to hit various areas in the country soon.

Let’s first talk about the Samsung Galaxy Star 2 which is the cheapest among the three. This Rs 5100 smartphone kicks in a 3.5-inch 320 x 480 pixel display, a single core 1GHz CPU and 512MB of RAM. There’s a very basic 2MP camera on its back for photography purposes, whereas support for Wi-Fi and Bluetooth 4.0 is also available. 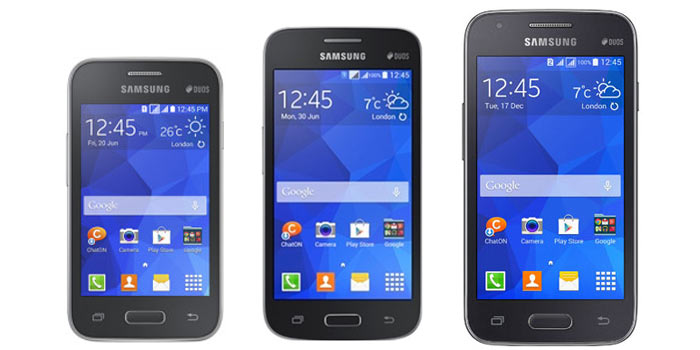 The Samsung Galaxy Star Advance grabs a 4.3-inch 480 x 800 pixel TFT touchscreen and offers a 3MP camera with flash. There’s 512MB of RAM present in this device along with a 1.2GHz processor. Apart from Bluetooth and Wi-Fi connectivity, this handset provides users with support for 3G as well. It has been priced at Rs 7400 by the South Korean tech giant.

Last in the list is Galaxy Ace NXT which runs on a 1.2GHz processor, possesses a 512MB RAM module and costs Rs 7400. This Samsung device houses a 4-inch 480 x 800 pixel TFT panel and a 3MP rear camera with LED flash. It comes equipped with the usual connectivity options apart from 3G capability.

The Samsung Galaxy Star 2, Galaxy Star Advance and Galaxy Ace NXT are dual SIM smartphones and have been infused with compatibility for languages such as Assamese, Bengali, Gujarati, Kannada, Hindi, Marathi, Malayalam, Oriya, Punjabi, Tamil, Telugu and Urdu. Vodafone will be offering 200MB of free data per month for the first six months to all those who buy any of these aforesaid devices.