The Samsung Galaxy S6 and S6 Edge have touched down in a blaze of glory at the Mobile World Congress 2015, and are finally equipped to reclaim the meaning of flagship. When Samsung said it would rebuild the phone from the ground up, it really meant what it said. The first impression you’ll get from the new handsets is that it’s all about design.

The Samsung Galaxy S6 and S6 Edge are so sexy, it’d be safe to imagine even steadfast iPhone fans drawing their breath and wondering if there need be anything such as brand loyalty in the smartphone world. If you want to argue about the standard, flat-screen version of the two Galaxy devices being heavily inspired from Apple’s design philosophy, you win. But the S6 Edge is what the launch is all about. 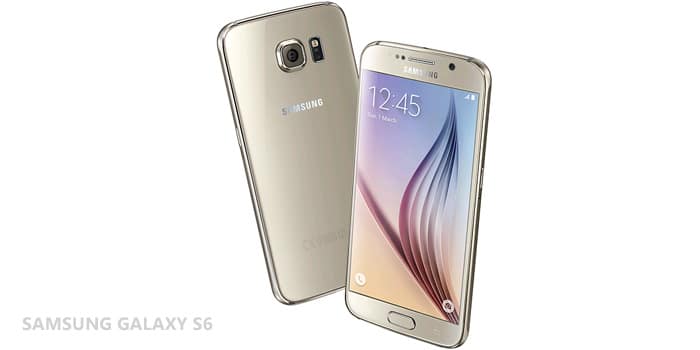 Finally catching up to companies like Apple and HTC which are known for using really good quality materials in their offerings so buyers know they’re worth the price, Samsung has done away with plastic. The design of the Galaxy S6 involves a metal frame, and front as well as back panels sculpted from Corning’s Gorilla Glass 4. It’s really something the company should have incorporated in the Galaxy S5.

It would be interesting to hear what excuse Samsung had last year for disappointing loyalists and possibly forcing them to look away in embarrassment each time they were confronted with an iPhone. Aren’t you glad the new Galaxy S6 handsets are something you can actually show off? They’re big improvements when compared to the totally unnecessary S5 from the outside and the inside, but mainly from the outside.

With its screen flowing into both its sides, the S6 Edge is happily not bigoted against left-handed users, unlike the Note Edge (lefties have the option to use it upside down) which drew a lot of criticism for its asymmetric appearance that was hard to swallow. The bump that is the back camera sticks out like a sore thumb, though it really can’t be helped because Samsung has sliced the sides down to 0.27mm – 0.28mm.

There’s not much more to say about the modish design of the S6 since it fortunately is as tastefully simple as it could be. Before we move on to the specifications, let’s get over the disappointments already. Samsung has left out the microSD card slot for memory expansion, removable battery and water-resistant capability. You’ll need to lay hands on the 128GB version, if having lots of storage is a big deal for you. 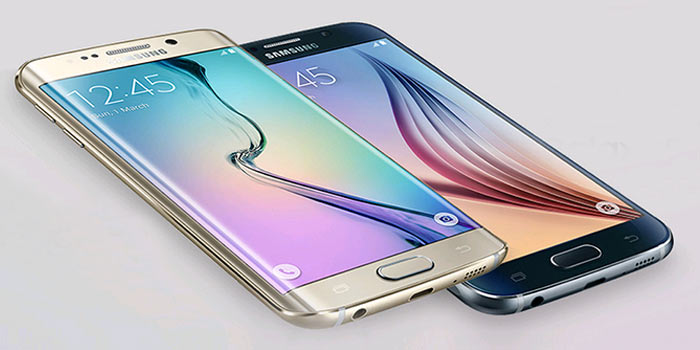 The Samsung Galaxy S6 will be sold in white black, gold and blue, while the S6 Edge will also come in four color choices but swap the blue for green. A 5.1-inch Quad HD Super AMOLEd touhscreen makes its way to the front, below which sits the home button with its fingerprint button tweaked so you won’t need to swipe anymore. The heart-rate monitor shares space with the 16MP camera and flash unit, on the rear side.

All metal and glass, the Samsung Galaxy S6 and S6 Edge may feel like they’re worth their premium prices

Samsung has cut the crap with regards to bloatware and has mingled just the required amount of software with Google’s Android 5.0 Lollipop. There’s 3GB of RAM aboard along with memory options of 32GB, 64GB, and 128GB of course. The international variant of the Galaxy S6 flagship smartphones will embed Samsung’s very own octa core Exynos chip. There’s been no mention if Snapdragon processors will hide inside the US versions. 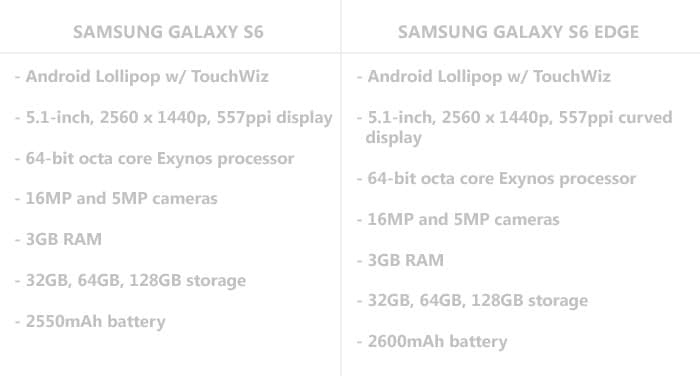 The major carriers stateside including Verizon, AT&T, T-Mobile and Sprint will be offering the S6 Edge and its less gorgeous sibling to customers. The South Koeran manufacturer has also decided to compete with Apple’s mobile wallet system by adding Samsung Pay that uses NFC or (LoopPay’s) MST technology for enabling cashless transactions, although this feature won’t be available immediately at launch time. 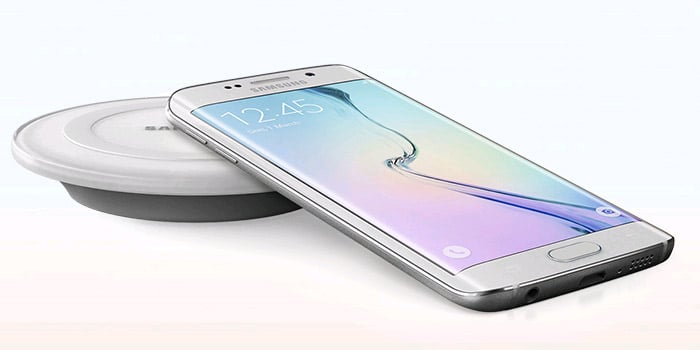 The Galaxy S6 and S6 Edge have in-built support for wireless charging now and obey Qi as well as PMA standards. Another highlighted aspect of the phones is their set of photography skills. A double tap on the home button calls up the camera function in 0.7 seconds, claims Samsung. The 16MP snapper lands with an f/1.9 aperture, optical image stabilization, real-time HDR, continuous auto-focus and a simpler menu.

The Samsung Galaxy S6 and S6 Edge have been given a worldwide release date of April 10. We still don’t know how much money you’ll have to save up for either of these two, though the latter is obviously going to cost more.