The Samsung Galaxy S5 flagship will be welcoming the Android 5.0 Lollipop update this December, according to unnamed sources. We don’t know whether Samsung is prepping the roll-out of the software in time for Christmas though since there’s no word on a concrete release date.

The actual deployment may take a few weeks to cover all Samsung Galaxy S5 units considering the number of its variants that are available in markets across the globe. There’s just one hitch; Google has yet to launch a finalized version of its Android 5.0 Lollipop OS. 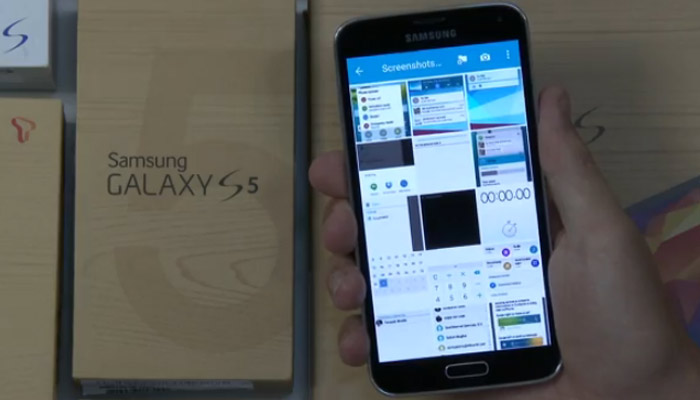 It’s possible that since an LG executive has apparently jumped the gun by letting slip about a Lollipop update for the G3, Samsung felt the need to do the same or at least, ‘leak’ a story claiming so. After all, the two South Korean companies are sworn rivals in their home country and abroad.

But GSMArena who dug up the news through TechTastic, feels that even the G Pro 2, G2, G3 S, G3 Stylus, L90 and L70 may be on the receiving end of the upgrade. As for Android 5.0 on the Samsung Galaxy S5, we’ve seen it play on the handset courtesy of SamMobile who also broke the story about the December roll-out.

As the video posted above shows, the Galaxy S5 appears to be working fine on the test build of Lollipop. Google calls its latest software the biggest Android update after Ice Cream Sandwich. Improved performance (but obviously) and enhanced battery life should arrive along with v5.0 of the mobile OS.

The Samsung phone shows incoming calls at the top of your display to avoid interrupting you when you have an app open already. What will actually be fresh covers notifications on the lock screen, support for 64-bit processors, the newly redesigned interface, multi-user accommodation and so on.

And don’t forget, your Samsung Galaxy S5 will also be sporting soft keys which look like VCR buttons once it gets its Android 5.0 Lollipop update.