The Samsung Galaxy S5 Prime with a metal body has been leaked on video as well as in three pictures showing it off from all the interesting angles. Expectations surrounding an aluminum covered Samsung flagship are at an all time high thanks to numerous rumors and a general feeling that the company would do well to ditch the cheap plastic and adopt a more premium look for its most expensive smartphone.

A few alleged pictures of the Samsung Galaxy S5 Prime which show off the back and front panels have broken cover. In addition to these, a video of the smartphone being given the hands-on treatment has also surfaced on YouTube (scroll to the bottom for it, if you please). But what’s that? Do the photos display a plastic finish instead of an aluminum one? 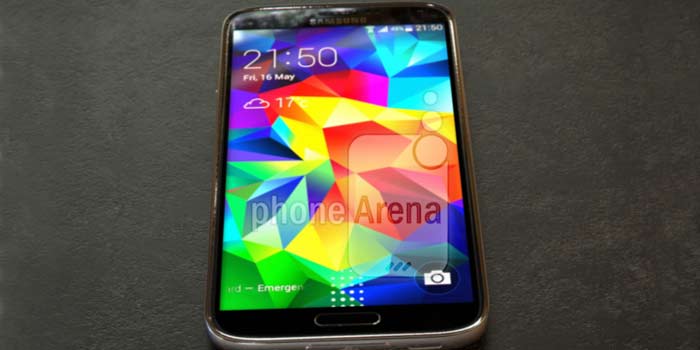 It seems like Samsung was reserving its rumored smartphone with a 2K touchscreen just for the LG G3 which is speculated to hit the markets anytime soon. As for the video we’ve posted below, we’re not saying that it definitely isn’t the handset in question. But at the same time, it’s possible that we’re looking at a regular Galaxy S5 with a gold cover accessory. 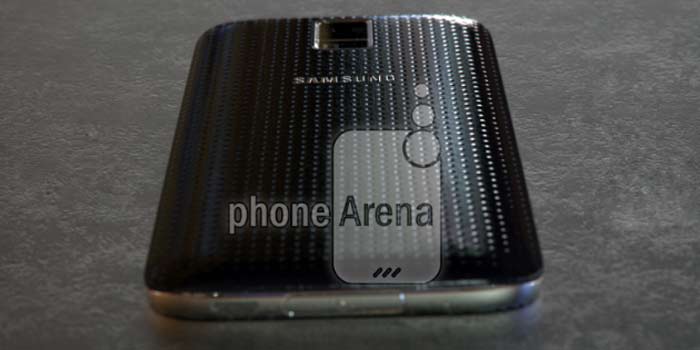 Phone Arena feels that this late launch of the Samsung Galaxy S5 Prime may annoy some of those who bought the plastic-backed version which was released last month. What do you think? Should the company have sped up the production process and unveiled this aluminum option along with the plastic one?