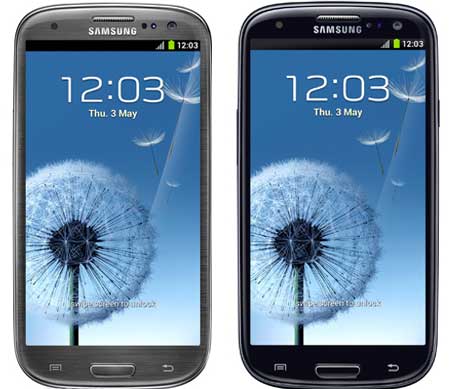 While we already heard about the garnet red- and sapphire black-colored Samsung Galaxy S3, the company has now revealed that the flagship smartphone will also be drenched in amber brown and titanium grey. According to the Samsung Tomorrow Global blog, all these colors have been inspired by some of the richest elements found on the earth.

The smartphone utilizes a Hyperglaze coating on the back panel which is responsible for the dual color illusion and the ‘organic appearance’ can be attributed to its soft features and curved lines on the exterior. According to the blog, the brown color emphasizes the phone’s beauty, while the red hue makes it appear elegant and delicate. The black shade is inspired by the mysterious sapphire stone and grey is expected to add a hint of modernity to the S3.

“Every inch of the Samsung Galaxy S3 has been created to reflect the natural elements that inspired its ergonomic design, from the softly shaped curvature to the minimized bezel. By expanding the color range of the Galaxy S3 we are continuing to evolve the Minimal Organic design theme of the handset. The color options we have added evoke the phone’s emotional and natural aspects in a very simple but effective way,” quoted Minhyouk Lee, VP and lead designer of the smartphone. 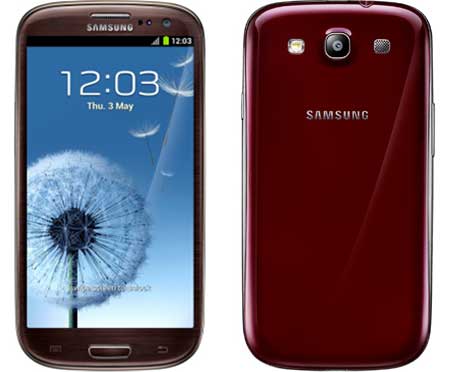 Naturally, the device will continue to employ the internal system similar to its marble white and pebble blue counterparts. A 4.8-inch capacitive Super AMOLED touchscreen and a 1.9MP camera grace the front panel, while the flip side sports an 8MP primary snapper. It treats users to a generous scoop of the Ice Cream Sandwich platform.

The Samsung Galaxy S3 price and availability details for the new variants splashed with red, black, grey and brown shades are yet to be revealed.