The Samsung Galaxy S3 Mini may not have been announced officially, but its price in India has been declared by a certain e-retailer. It takes inspiration from the Galaxy S3, but runs the Jelly Bean platform as opposed to Ice Cream Sandwich used by the latter.

Although the phone is available in shades of marble white and pebble blue, only the white-colored version will be up for sale in the country. Featuring 8GB of integrated storage, the lightweight device that tips the scales at 120 grams has a microSD expansion slot for additional memory of up to 32GB. It measures 121.55 x 63 x 9.9 millimeters and tags along a Super AMOLED capacitive HD touchscreen of 480 x 800p resolution with pixel density of 233ppi.

The Galaxy S3 Mini has been blessed with dual cameras – a front-mounted VGA webcam for making face-to-face video calls and a 5MP primary snapper for capturing memories in the form of still shots and movies. The rear-facing camera is said to be capable of shooting high definition 720p videos at 30fps. And what’s more, the handset’s list of attributes includes touch focus, auto focus, LED flash, geo-tagging and face detection to name a few.

Its internal working is carried out under the supervision of a dual core processor which can clock in a maximum speed of 1GHz. The Android Jelly Bean 4.1 operating system is responsible for maintaining a user-friendly and intuitive user interface, while 1GB of RAM ensures smooth navigation through the device. 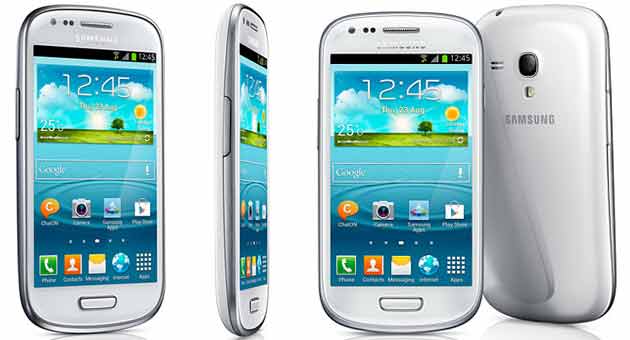 The Samsung phone is compliant with mini SIM cards and has a 3.5mm stereo headset jack as well as a USB 2.0 port on its chassis for establishing connections with audio peripherals, computer systems and more. It can even communicate wirelessly with multiple devices, thanks to Wi-Fi, Bluetooth and NFC. A 1500mAh battery has been assigned the task of keeping it charged for close to 850 minutes in 2G in between charges. 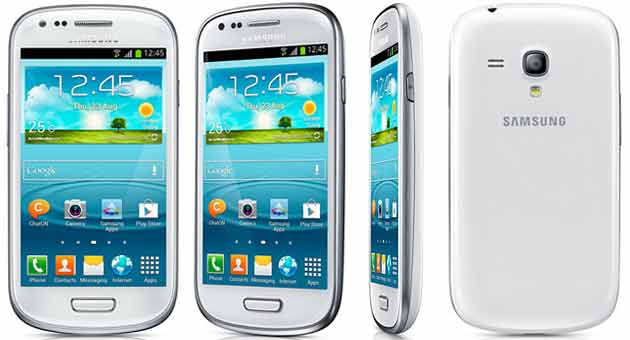