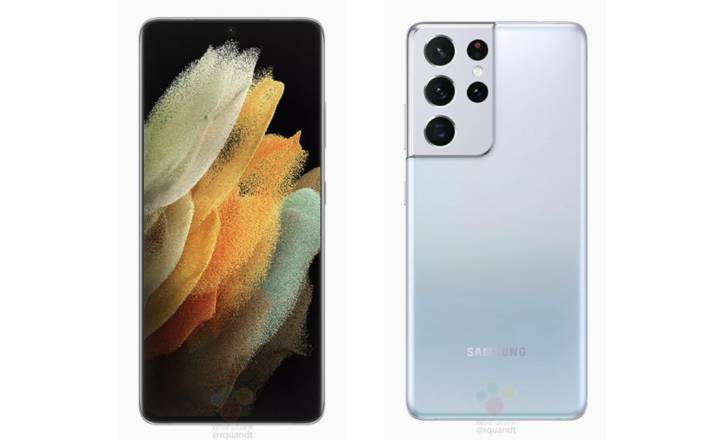 The Samsung Galaxy S21 Ultra will most likely be unveiled this January but ahead of its arrival, a new leak dump has revealed a number of its main specifications. Along with renders of the upcoming flagship, this leak from WinFuture has also disclosed a few interesting details about the rear camera setup of this device.

The Samsung Galaxy S21 Ultra is expected to carry a quad-camera setup on its back. While its main sensor will be an upgraded 108MP 1/1.33″ unit, the ultra-wide camera could grab a 12MP sensor with a 1.4 µm pixel size, PDAF, and a 120-degree field of view.

The remaining two cameras are both being tipped to be telephoto units. One among them will supposedly offer 10x zoom with the folded periscope approach, while the other one will deliver 3x telephoto zoom. Both these cameras could use 10MP sensors and will use hybrid zooming as well. The fifth cutout that you can see in the render posted above is apparently for the Laser Autofocus module. As for the front camera, it is expected to be a 40MP sensor.

The display onboard the Galaxy S21 Ultra will apparently be a 6.8-inch Dynamic AMOLED 2X panel with QHD+ resolution and a 120Hz refresh rate. Samsung has already dropped a hint about S Pen support coming to the S21 range, and the leak mentions that while the phone itself won’t have a slot to lodge the stylus in, a specially designed cover will be offered to those who buy the added accessory.

According to WinFuture (via GSM Arena), the new Galaxy S21 Ultra will carry inside it a 5,000mAh battery that will support 45W fast charging. That said, the charging brick won’t be included in the box, which is a huge bummer. Samsung is planning to announce the Exynos 2100 chipset on January 12 and we expect the launch of the Galaxy S21 range to take place a few days later. 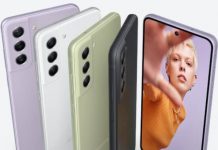 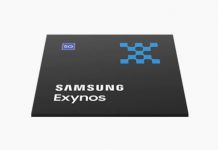 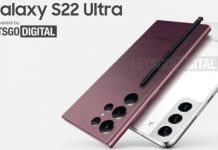