The all new affordable Samsung Galaxy S Duos 2 has hit availability status in India and budget-conscious users who are looking for a decently spec’d gadget for an amount that goes easy on their pockets can consider this smartphone. It can be picked up trough the official website as well as multiple online retailers.

But before laying your hands on the Samsung device, you may want to know what it packs and whether it’s worth the bucks or not. So here’s a low down on the handset’s pros and cons. Take a look before you make your decision. 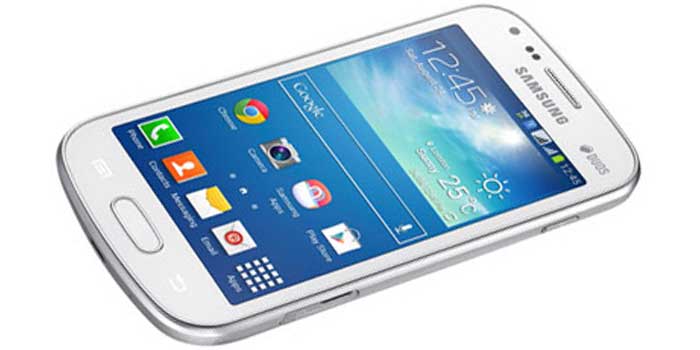 – The very first advantage of the Galaxy S Duos 2 is its price of under Rs 11,000 which practically makes it a steal.
– The phone can play HD 720p videos and can even record movies at the rate of 30 frames per second.
– Android Jelly Bean 4.2 OS should bring a lot of intuitiveness to the interface.
– Dual SIM card slots as well as an expansion bay for a microSD card of 64GB capacity should come in handy.
– Also, the handset boasts of dual cameras, thus allowing users to make conference calls apart from capturing images and videos.
– It supports 3G mobile networks and even tags along Wi-Fi for wireless internet access through a hotspot.
– Samsung claims that the handset can cough up the juice for talk time of about 8 hours. 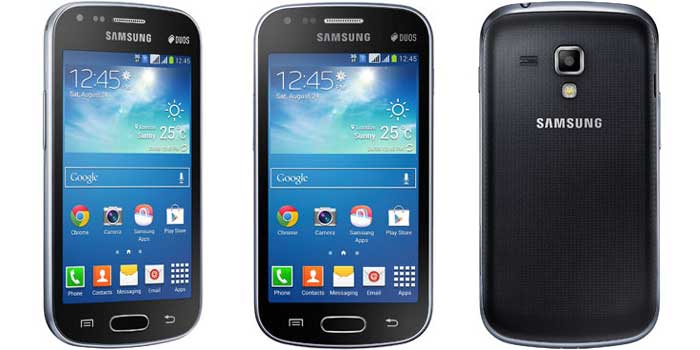 – The look of the device isn’t great and it comes only in the two basic shades of black and white.
– The Galaxy S Duos 2 has a relatively small touchscreen that measures 4 inches and has a resolution of 480 x 800 pixels.
– There are a lot of smartphones in this price range which make use of quad core chipsets and Samsung could have used a similar processor in the phone, instead of a dual core one.
– Its 768MB of RAM may not be capable of handling demanding applications and tasks.
– The handset’s onboard memory available to users is less than 4GB and they cannot do without a microSD card.

So if you have made up your mind to purchase the Samsung Galaxy S Duos 2 after taking a look at its pros and cons, you can head over to the eStore to purchase it for Rs 10,999.