The Galaxy Note 8 made its international debut a week ago and has already gone up for pre-orders in a number of markets. Samsung has been mum on the handset’s availability in India so far, with many expecting a September 25 release is imminent.

Samsung has now begun drumming up hype over the Galaxy Note 8’s arrival in India, putting the phone up for pre-registrations via its website. This process is meant for eager fans who want to keep up-to-date with the handset’s movements in India. They’ll have to fill in details like their name, email address, and number to sign up for alerts.

Samsung’s also asking people what they’re looking for in their Galaxy Note 8, with answers ranging from a superior camera to an enhanced virtual reality experience. It basically serves as a feedback form for the company eager to know why consumers are attracted to its latest flagship offering. 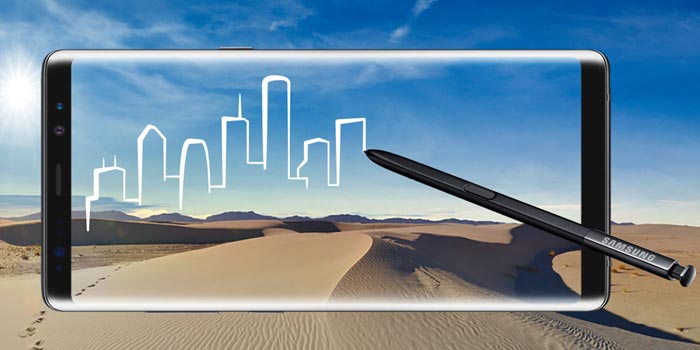 In any case, the Galaxy Note 8 should be coming soon. Early reports had pinned down a September 11 launch and pre-order date. A more recent one claims that the device will hit online and offline stores on September 25. Amazon India will probably be the brand’s e-commerce partner, seeing as how it was promoting the phone prior to its launch.

Samsung is yet to announce a price tag for the smartphone in India. The company’s selling the handset at $930 (about Rs 59360) in the US, but different reports have claimed Rs 74900 and Rs 69900 as more likely rates when it makes its way here. You can pre-register for it here.