The Samsung Galaxy Note 7 which is priced at Rs 59900 in India, will be available for pre-booking from August 22. The IP68 water-resistant phone is being offered with multiple optional accessories to enhance the device experience. These include the S Pen stylus, the Gear VR glasses, the Gear Fit2 sports band and the S-view standing cover.

Device Security:
The Note 7’s highlighted feature is the Samsung Knox system for biometric authentication. Apart from the standard fingerprint scanner, the company has equipped the smartphone with iris scanning for additional security. This can be put to use to authenticate purchases made via Samsung Pay. 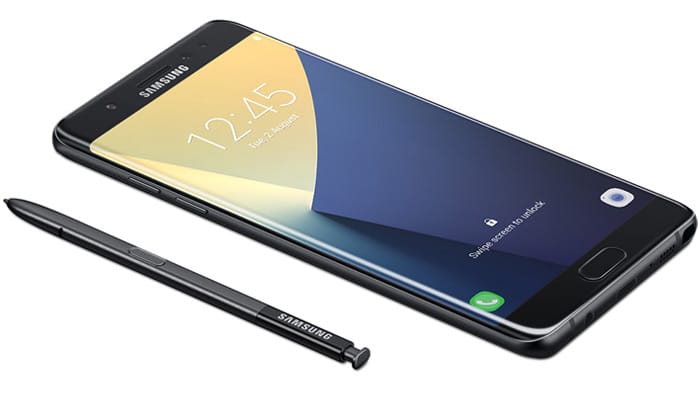 The phone is also installed with Samsung Pass which identifies users whose fingerprints have already been registered in the device. There is a Secure Folder feature with an extra layer of authentication to keep private or personal data safe from prying eyes.

S Pen:
The Note 7 is provided with the S Pen stylus to let users write, draw and edit on the device. It has a 0.7mm tip with pressure sensitivity to enable faster writing and switching between apps. The stylus can be used with apps like Samsung Notes, Screen-off Memo and more.

Display:
The Note 7’s super AMOLED screen is capable of streaming HDR videos. Adding fun to this element are the Gear VR glasses to experience virtual reality with the help of compatible apps. Accompanying them is the Gear 360 camera that allows you to capture, edit and share 360-degree images or videos. The Gear VR can stream 3840 x 1920p resolution videos shot through the Gear 360. Users get 15GB free Samsung Cloud space for backups.

Optional buys:
Other accessories for the Note 7 include an S-View standing cover that props the phone at an angle of 60 degrees. Samsung also offers an IP68 water-resistant Backpack cover to charge and protect the device. A 10000mAh power bank is also available for the gadget. The Note 7 has the Smart Switch app to transfer content between devices easily.

Fitness features and accessories:
The Note 7 supports a list of accessories and apps to help maintain its user’s health. First comes the Gear Fit2 band with GPS that monitors heartbeats and records stats during workout. Then there is a pair of Gear IconX cord-free earbuds that aims to make running while listening to music hassle-free. Inside the device is the S Health app to track fitness data.

The Samsung Galaxy Note 7 will begin shipping on September 2. It will be available in blue, gold, silver and black variants. Pre-bookings for the phone will take place from August 22 to August 30. Only a limited number of units will be sold.