Press renders of the Samsung Galaxy Note 5 and the Galaxy S6 Edge Plus have emerged, offering yet another peek at the hotly anticipated smartphones. We already know that the South Korean mobile giant has announced an Unpacked event for August 13 in New York. This means fans won’t have to wait very long to hear the official details on the two. For now, let’s talk about what we know so far.

The specifications which have hit the rumor mill till date, paint the Samsung Galaxy S6 Edge Plus and Galaxy Note 5 to be incremental upgrades instead of complete redesigns. The former is supposed to arrive with a 5.7-inch Quad HD display, 4GB of RAM, an Exynos 7420 processor, a 5MP front-facing snappper and a 16MP camera on its rear panel. It is likely to be larger than the current model. 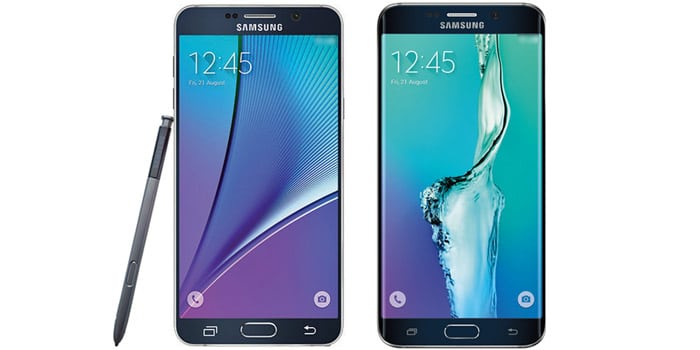 Popular leakster Evan Blass, has tweeted what looks like a press image of the two Samsung phones. He has even revealed certain information about the Galaxy Note 5 that also goes by the codename Project Noble. The phablet appears to be very similar to the older Note 4, except with regards to the placement of the front sensors as well as the camera above its touchscreen.

Speaking of its photography capabilities, Samsung was seen unveiling a 16MP sensor a few days ago. Expectations are high that the Galaxy Note 5 and the Galaxy S6 Edge+ will be integrated with it. This camera component is small enough to allow the smartphone in which it is embedded, to maintain a skinny frame. There won’t be any need for a bump on the back panel either. 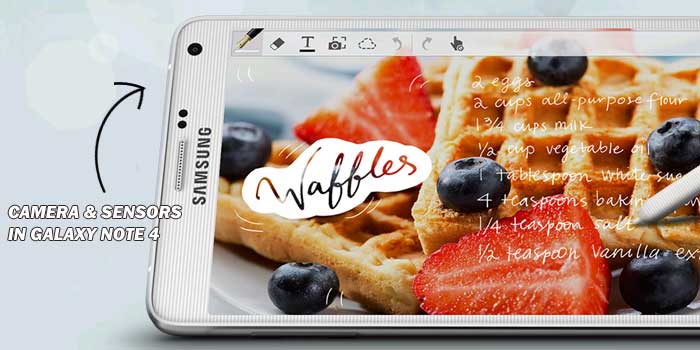 The Note 5 might land with a 5.66-inch Super AMOLED QHD display of 2560 x 1440p resolution and 519ppi sharpness. It may carry the same octa core Exynos 7420 chipset as the Edge Plus, along with 4GB of RAM. The list of unconfirmed specs could also feature a 5MP front snapper, Android 5.1.1 Lollipop, 32GB memory and no support for expandability via a microSD card slot.

Word is that Samsung is launching the Galaxy Note 5 and Galaxy S6 Edge Plus in a hurry in order to ensure it doesn’t lose potential buyers to the iPhone 6S which is reportedly going to be unveiled by Apple in September.