There was uproar in a Chennai-bound IndiGo Airlines flight recently when a Samsung Galaxy Note 2 smartphone started emitting sparks and smoke inside the cabin. Despite the safety hazard, the plane ended up landing safely and none of the 175 fliers on board were hurt.

According to the report, the passengers in the IndiGo flight immediately alerted the cabin crew when they smelled smoke from the baggage compartment. The crew used a fire extinguisher to stop the phone from emitting sparks, and transferred it into a container full of water. 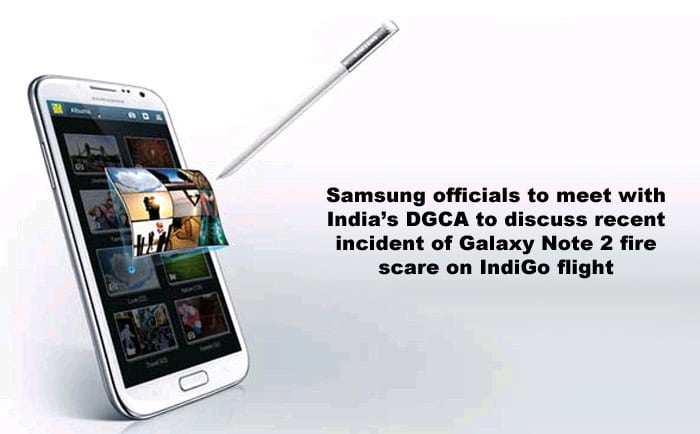 A spokesperson from Samsung said that the company is currently gathering more information about the matter. The incident caused the Directorate General of Civil Aviation (DGCA) to summon Samsung executives for a meeting on September 26. The regulatory body had previously asked all airlines to ban the use of the Note series in flights.

Following this incident, the DGCA is expected to issue a directive to all airlines to warn passengers about keeping any smartphones in the Note series completely switched off. It will also recommend not allowing these devices on commercial flights altogether for passenger safety. But we’re not sure how Note owners are going to take this news.

Samsung’s woes centered on the Note series became known when the brand recalled its newly launched Note 7 worldwide. There appears to be an issue with the batteries in some batches of these units, posing a severe threat in terms of user safety. The company is working on the problem and will reportedly launch the series in India by the end of this month.