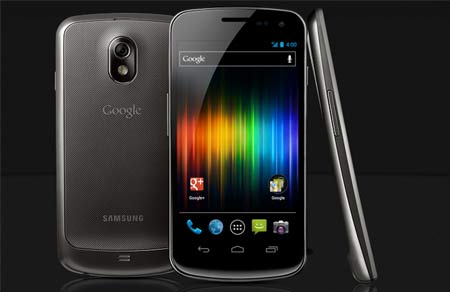 The unlocked Samsung Galaxy Nexus is all set to appeal to the Android sensibilities of audiences in the U.S. through Expansys. It’s the first handset boasting of the Ice Cream Sandwich OS and this should give it an edge over other Android smartphones in the market at present.

Just so we don’t forget the tech specs, the device sports a 4.65-inch HD Super AMOLED screen and rides on 1.2GHz dual core processor for multitasking, web browsing, gaming and what not. The camera features though not truly enticing, may suffice for photography buffs, with its 5MP camera with LED flash clinging to the back panel. And inevitably, there’s one more 1.3MP snapper on the front bezel for making those video calls or getting into those video conferences.

As stated earlier, the Google OS driving the handset should make the mobile phone experience a speedy and convenient affair. Social networking, interesting apps and facial recognition software add some weight to the spec sheet. What’s more, the Android Beam NFC based technology for sharing content duly fetches some more points for the device. A 3.5mm jack along with front and rear speakers will do the needful as far as music goes.

Though there are 16GB as well as 32GB memory capacities to choose from, Expansys is only serving up the 16GB version. As for those who are unfortunate enough to be equipped with butterfingers, the hyper-skin adorned battery cover should lend some relief with its slip-resistant abilities.

Engadget has spilled the beans that orders are already being accepted and a look at the retailer’s page says just so. The 16GB unlocked Samsung Galaxy Nexus ships at $749.99 from Expansys in the U.S.