The Samsung Galaxy J7 Duo has finally come out in the open after numerous leaks revealed key details about the phone. Surprisingly, there’s no mention of Bixby support in the brand’s press release.

This goes against what an official manual had suggested in a leak last week. Instead of artificial intelligence, Samsung is putting a big emphasis on the Galaxy J7 Duo’s dual rear cameras. It’s the first time such a setup has graced the back of a J series device, bringing premium features to the mid-range lineup.

The Galaxy J7 Duo’s modules consist of a 13MP and 5MP pair, with its biggest spec highlight being a f/1.9 aperture. This is supposed to allow for enhanced photos in dimly-lit surroundings. There’s also a Live Focus tool to adjust the focus in a shot before or after it’s been clicked, as well as Background Blur Shape to add soft light effects in a multitude of shapes. 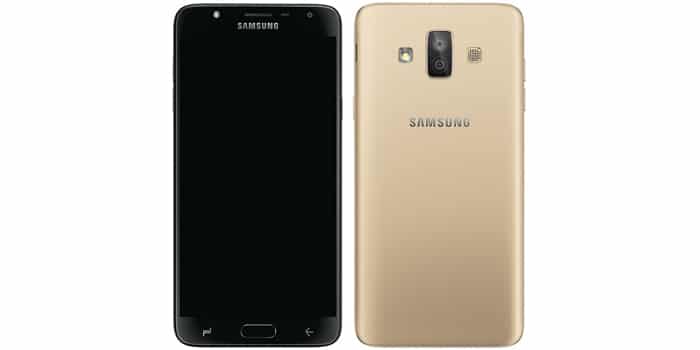 Samsung is also touting the smartphone’s 8MP selfie snapper which also boasts of a f/1.9 aperture and an LED flash unit. It’s even blessed the device with Face Unlock abilities as an alternative to the fingerprint scanner. There are also Beauty Mode and Selfie Focus options to keep users looking blemish-free and in focus.

The Galaxy J7 Duo is going to be available in black and gold in shops across India. It’s been priced at Rs 16990, placing it firmly within the mid-range market sector.