Word on the street is that the Samsung Galaxy Grand Neo Plus is making its way into India and it will soon be available for Rs 11700. The handsets is said to be the successor to the Neo phone which went official last year and considering that it’s an entry-level release, the price tag sure looks absurd.

Well, the final retail amount for the Samsung Galaxy Grand Neo Plus is yet to be official disclosed by the company. But, it’ll more or less be the same as mentioned above since the information comes from local retailer Mahesh Telecom. The new addition is designed to deliver a smooth Android experience on the cheap and it doesn’t come as close to impressing as other handsets in the same category. 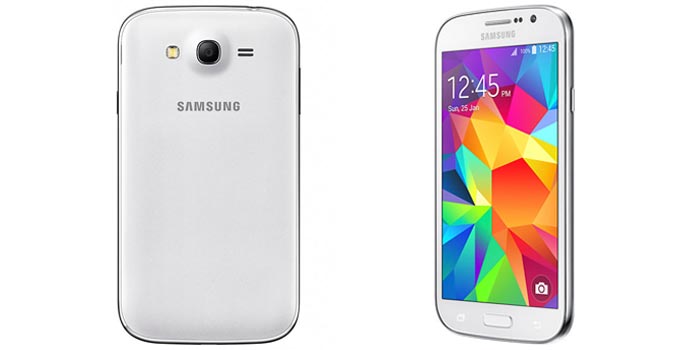 The Xiaomi Redmi 1S and even the Note 4G make better choices. Then there’s Micromax’s Yu Yureka octa core smartphone with CyanogenMod that’s much more affordable. These are just few of the highly attractive, yet very affordable phones available through popular and local OEMs.

Also read: Karbonn Titanium Mach One is upgradable to Lollipop and available for Rs 6990

The Samsung device offers the traditional ‘Galaxy’ design which we’ve seen one too many times already. It flaunts a 5-inch display on the front with a measly WVGA resolution. On the upside, there’s a quad core processor clocked at 1.2GHz powering it up and is accompanied by 1GB RAM, 8GB memory, dual SIM card slots and a 2100mAh battery on the inside.

We could see the Samsung Galaxy Grand Neo Plus go on sale any day now, so stay tuned for an update.