If you’re looking to pick up the Samsung Galaxy Grand Neo or the beefier Grand 2 smartphone, now would be a good time as both handsets have received price cuts in India. The OEM hasn’t officially disclosed the details of the reduction, but a local retailer has made the information public.

The Samsung Galaxy Grand Neo went official back in February this year for Rs 17100. According to Twitter user Mahesh Telecom, the handset is now selling for Rs 12590 which is still pretty high for an entry-level phone with a measly dual core processor. The Galaxy Grand 2, on the other hand, is a mid-range release and it made its debut in December 2013 at Rs 23000. 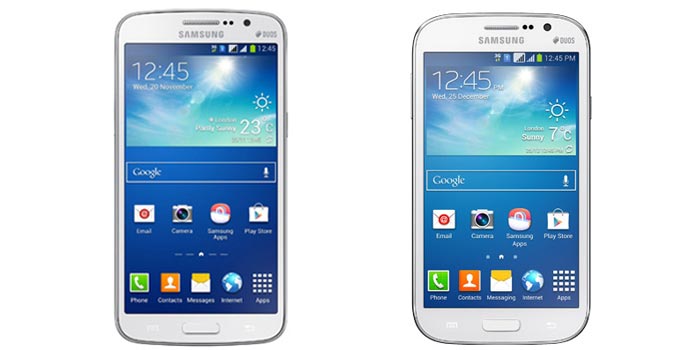 The device is now said to be priced at Rs 16990 which is quite a decent drop, considering that it’ll soon be a year of its launch. What’s more, Samsung has also reflected the new prices on its eStore where the Grand Neo is now tagged at Rs 12500 and the Grand 2 at Rs 16900.

In recent news, the Samsung Galaxy S5 was also been given the same treatment as the aforementioned handset just last week. The 3G model is now down to Rs 34900 from Rs 37500 and the LTE version can be picked up at Rs 36900 after a reduction from Rs 40300. This is the third price cut for the flagship phone in three months.

Head over to the Samsung India eStore to purchase the Galaxy Grand Neo and Grand 2 at the new rates.