There could be a Samsung Galaxy Grand 3 in the works as a device with the model number SM-G7200 has made an appearance online. The previous handset was known as the GM-710x and this suggests that the latest leak is most likely the successor to the smartphone.

GSMArena is reporting that the phone was put through its paces on GFXBench and the benchmark’s website has made all known details public. The Samsung Galaxy Grand 3 will be the largest member in the series and a pretty huge one at 5.5 inches. 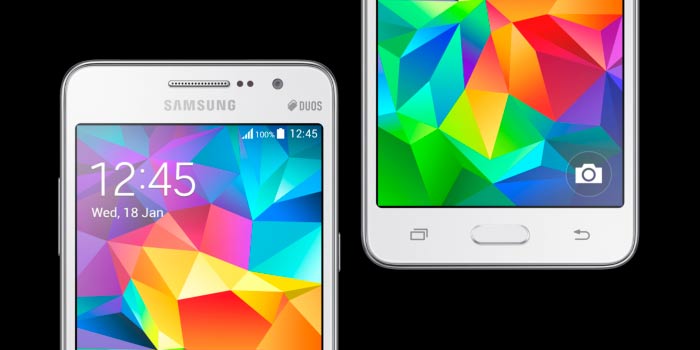 And while the screen size as been increased by 0.25 inches, the company has implemented the same resolution of 720p HD. The cameras have been given a good upgrade where the front snapper is now a 5MP sensor, while the 8MP rear shooter is replaced with a 12MP imager.

The innards, however, don’t appear to have changed much with the processor now a 1.2GHz quad core Snapdragon 410 featuring 64-bit support and Adreno 306 graphics. Performance-wise, the difference won’t be much and probably Android 5.0 Lollipop will give it a boost. Other features include 1.5GB of RAM, 12GB user-available storage (16GB ROM) and microSD expansion.

November marks a year since the Grand 2 was launched, so you can be sure that the Samsung Galaxy Grand 3 will also make its debut this month. The device also received certification at Bluetooth.org and we could see it get FCC approval soon.