Consumers in China will soon be able to lay their mitts on a certain Samsung Galaxy Core Mini 4G which has only been unveiled for the said country till now. This low-end smartphone benefits from 4G connectivity as its name suggests, and it also grabs the Android 4.4 KitKat OS.

The Galaxy Core Mini 4G has been listed on the company’s official site, albeit without a price tag. This single SIM handset stands among a few other Core variants that are out in the market right now, prime among which are the Advance, Plus and 4G versions. This newly unveiled model has kicked in specifications that justify its Mini tag. 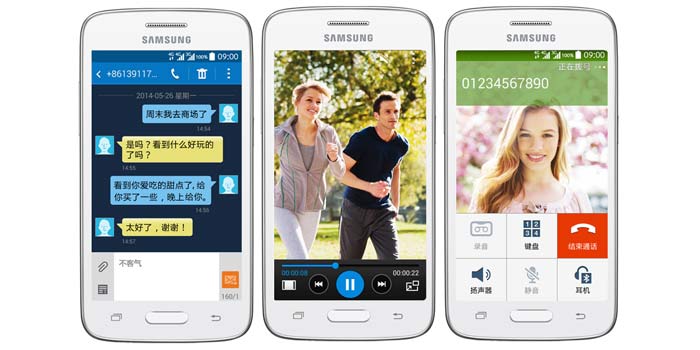 It comes equipped with a 4.3-inch TFT display offering a WVGA resolution of 480 x 800 pixels. The Galaxy Core Mini 4G runs on a 1.2GHz quad core processor which is assisted by 1.5GB of RAM. There’s a 5MP rear camera present on it, but a front-facing snapper has been left out of the specs list by Samsung.

Sized at 127.8mm x 66.2mm x 10.6mm, it tips the scales at 136gms and carries onboard 8GB of storage. And then there’s even a microSD card slot which can be exploited to grab additional storage worth 64GB.

Here’s a brief look at the specs of the Samsung Galaxy Core Mini 4G: 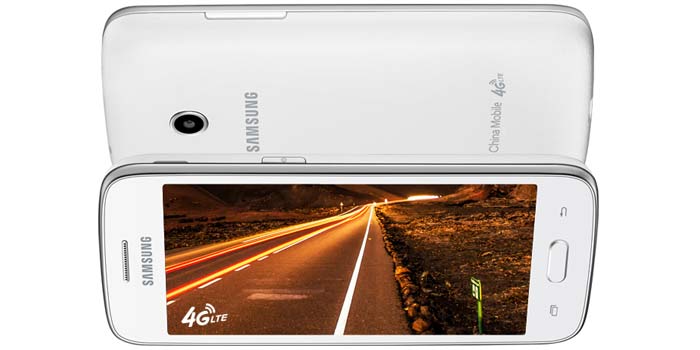 There’s no news right now regarding the arrival of the Samsung Galaxy Core Mini 4G in markets outside China.