As much as Samsung likes phablets, it has resisted the temptation of turning the Galaxy Core Advance into one. The company has just announced the smartphone and according to the official word, this brand new handset’s release date will fall in early 2014.

Samsung has chosen to stay under the 5-inch mark when it comes to the touchscreen. While the older Galaxy Core sports a 4.2-inch display and the Core Plus a 4.3-inch one, the Galaxy Core Advance features a 4.7-inch panel of WVGA resolution. You can scroll down if you want to skip the interesting details and jump to the main specifications only. 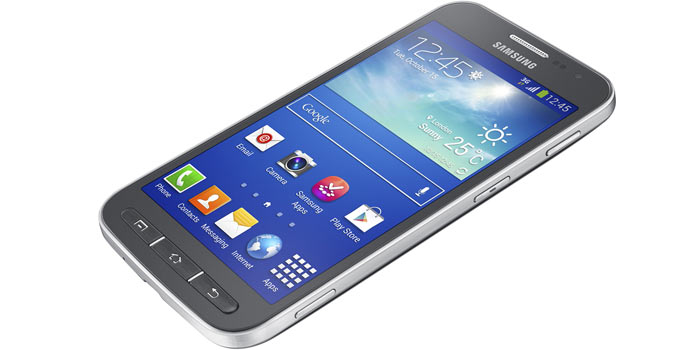 In a curious departure from its regular Galaxy design aesthetics, the South Korean company has pasted three physical buttons below the screen. The idea is to help those who are used to non-touch phones to smoothly adapt to this one via the physical camera, volume, voice recorder, menu, home and power keys.

One slightly confusing addition (confusing because it hasn’t been explained clearly), is the Screen Curtain which lets users input commands on a black screen for privacy. Meaning what? This mode is built to save on battery life too. S Voice, Sound & Shot, S Translator, Group Play and Optical Scan are also on the table. 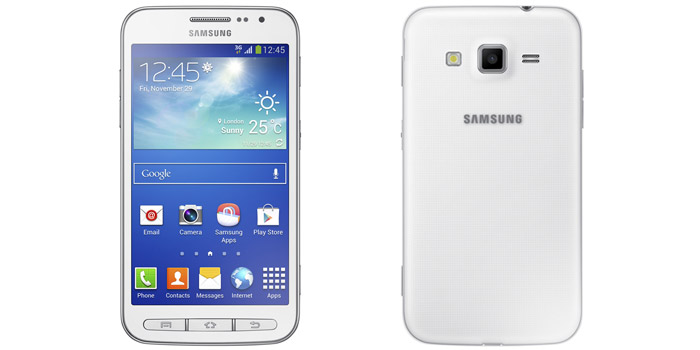 The smartphone is expected to be launched in two color choices of white and blue. No word on the price yet.