Home Samsung Samsung Galaxy Core 2 dual SIM phone out in India at a...

There has just been a gossip-worthy big drop in the price of the Samsung Galaxy Core 2 dual SIM phone which was launched in India by the South Korean technology giant back in July this year. Upon its initial roll-out, it was granted a price tag of Rs 12150, but the company has decided to actually take the competition seriously and reduce its asking amount to just Rs 8007.

This move is not a surprising one, given the amount of the opposition being provided by similarly spec’d handsets which are selling at much lower costs. Take for instance the newly launched Xiaomi Redmi 1S, or the Moto E for that matter. Competition is also being provided in equal measures by Asus’ ZenFone devices. 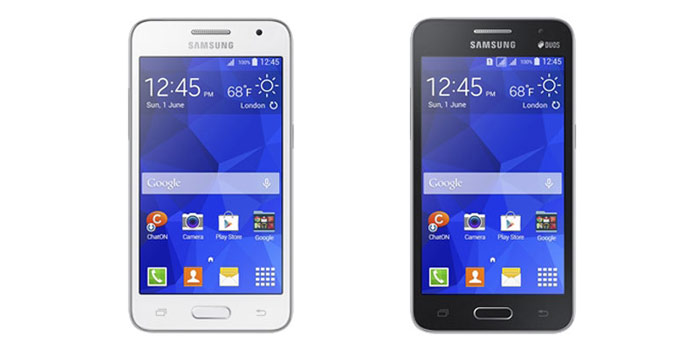 Let’s also not forget the Sony Xperia E3 which is to be released this coming Monday, priced at Rs 11990. With such decent devices available at these rates, there’s no doubt that Samsung has felt the need to bring the cost of the Galaxy Core 2 down by such a high amount.

Also See: Android One will coerce Google and Samsung into price war

At Rs 8007, you will get a 4.5-inch WVGA panel and a quad core CPU clocked at 1.2GHz. A 5MP rear camera and a VGA front-facing snapper are also included in its offerings.

Here’s a deeper look at the specs of the Samsung Galaxy Core 2 smartphone:

The company’s official eStore has already started offering the Samsung Galaxy Core 2 at its lowered value of Rs 8007. We’re guessing other retailers will follow suit in the coming days as well.