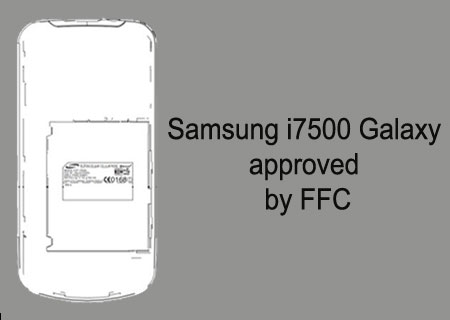 Samsung Galaxy which is also referred as i7500 has finally gained an approval from FCC. This is the first phone by the company to work on the Android operating system. Already been released in Germany and France, the handset is gearing to be launched in other countries.

Engadget states that this device will sport a 5 MP camera along with LED flash facility. It will integrate a 3.2-inch AMOLED capacitive touchscreen with a resolution of 320×480 pixels. It also bundles up an accelerometer sensor for auto-rotate and a handwriting recognition tool. The mobile phone was announced in April this year, and will include Wi-Fi and GPS connectivity along with 8GB internal memory and microSDHC card slot.

The Samsung i7500 Galaxy will carry a price tag of approximately $98 with a contract. A3LGTI7500L is the model number of this handset with the L at the end. It is speculated that the L will mean that this mobile phone is only designed for Latin American carriers. No information has been confirmed by any official source, so users need to wait for details.