The Samsung Galaxy Camera which was introduced to India towards the end of November 2012, is already getting a price cut. The news follows on the heels of yesterday’s report about the company delivering EMI schemes on its popular devices in an attempt to nudge Apple out of whatever comfortable throne it’s seated upon in this particular region.

The device was first shown to the world back in August of last year and it made its way into the said country only around the holiday season. Between then and now, the South Korean multinational has also brought out a less expensive plain old Wi-Fi version of the snapper. Now the Wi-Fi and 3G capable one which was originally marked at Rs. 29,900 is currently selling for Rs. 26,520. That’s close to Rs. 4,000 less than the initial tag. 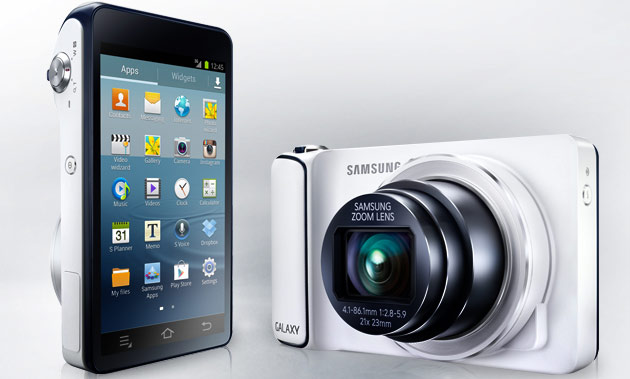 The Android Jelly Bean based gadget can be snapped up in white or black shades, with the company’s eStore tossing in a complimentary battery charging kit. Its highlighted specification is the fact that users can have it automatically back up photos to the cloud. While the front side gives out the appearance of a regular snapper, it’s the back which might be a surprise. The part facing the photographer looks more like a touchscreen smartphone than anything else. The Google Play store as well as various mobile services are accessible through this 4.8-inch user interface.

The main features include 21x zoom, Slow Motion Video, Voice Control, an effective resolution of 16.3MP, OIS and a 1.4GHz quad core processor amongst others. The Times of India who dug up this news about the lowered label now attached to the device, opines that the Nikon Coolpix S800c which can be grabbed for Rs. 20,950, is the lone rival of the GC100. 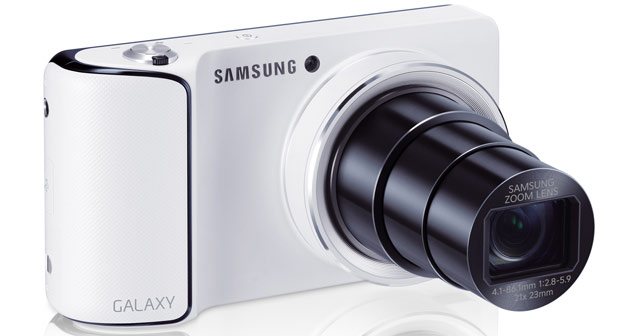 Interested buyers can pick up the Samsung Galaxy Camera for slightly less than what the company’s official online store is offering it at. Flipkart and Infibeam are vending it for Rs. 26,000. The former will even be throwing in a free SanDisk MicroSDHC card of 16GB capacity. On the other hand, the latter has listed a seller who has it labeled at Rs. 24,700.