The rotating triple camera-equipped Samsung Galaxy A80 as well as the 2018 mid-ranger Galaxy A6 (2018) are both being reported to be getting their long due Android 10 updates. These updates add One UI 2.0 features to the devices, while also blessing them with their security patches. More handsets from the Galaxy A series are seemingly bound to get the Android 10 update in the coming weeks. 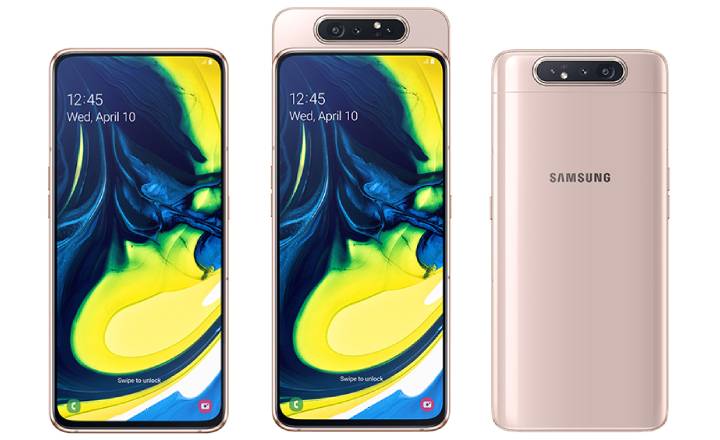 According to SamMobile, the Android 10 update for the Galaxy A80 and the Galaxy A6 (2018) are both live in France right now. Along with the new features, the former phone gets its February security patch, while the latter gets its March patch. As for the new traits that the software update brings along, they include Digital Wellbeing, apart from refreshed UI.

Part of the new UI is of course, the much loved Dark Mode. Moreover, the update even brings with it Google’s new UI navigation gestures, smoother animations, fresh icons, new emojis, an improved permissions manager and more. And then there’s also the option to edit camera modes, and the ability to display the fingerprint icon even when the screen of the Galaxy A80 is turned off.

Folks living in France should get the Android 10 update notification on their devices soon if they haven’t yet. Or they can also manually check for it by heading into the Settings menu. As for those residing in India, they can expect it to land on their handsets in the coming days.

The Samsung Galaxy A80 is being sold in India right now for Rs 39,999, as the world’s first phone with a rotating triple camera. As for the Galaxy A6 (2018), it’s quite an old device that’s not available in the market anymore.