The newly introduced mid-range Samsung Galaxy A7 has been introduced in India already following the launch of a few other sister smartphones like the A3, A5, E5 and the E7. This device comes with a price tag of Rs 30499, and is being sold now through the company’s official eStore.

Moreover, there’s also news about it having reached physical retailers, even as regular leakster Mahesh Telecom has revealed that it has the Samsung Galaxy A7 in stock currently. This handset features quite an attractive specs list, and is highlighted by its thickness of just 6.3mm. 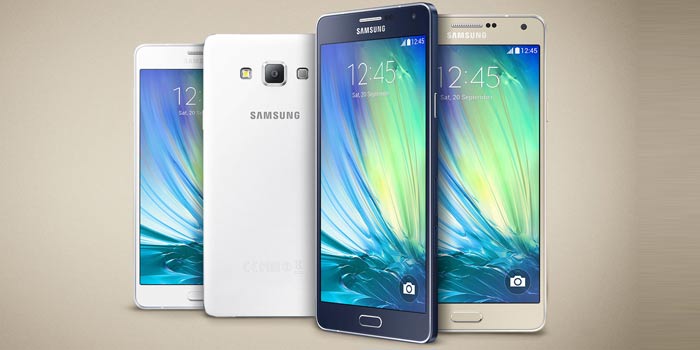 The Galaxy A7 is the beneficiary of a 5.5-inch full HD monitor which grabs Corning Gorilla Glass 4 protection. This Android KitKat phone runs on the Snapdragon 615 chipset which features a 64-bit octa core processor that’s accompanied by 2GB worth of RAM.

Samsung has also blessed the device with a 13MP main camera and a 5MP front snapper. A 2600mAh battery pack has been pushed inside it for handling the power consumption department. There’s 16GB of stock storage present on the handset, apart from a microSD card slot which supports further expansions of up to 64GB. 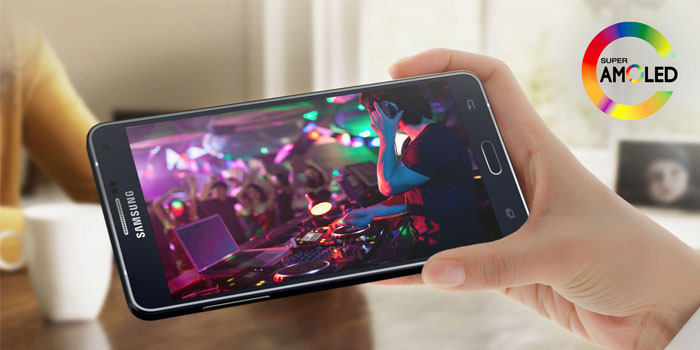 A sharp look at the specs of the Samsung Galaxy A7:

Head over to the company’s eStore right now if you’re interested in buying the new Samsung Galaxy A7 for yourself. Do take note that its Rs 30499 asking amount could get slightly decreased once it reaches online retail channels in India.