The Samsung Galaxy A5 smartphone has at last been made available for purchase and it can only be bought in China for now. The handset which is part of the premium A series is priced at CNY 2599 which amounts to approximately US$420 or Rs 26220.

The Samsung Galaxy A5 was launched back in October along with the Galaxy A3 which is a smaller and lower specced version of the device in question. Both, however, offer almost identical unibody designs which are made from metal. 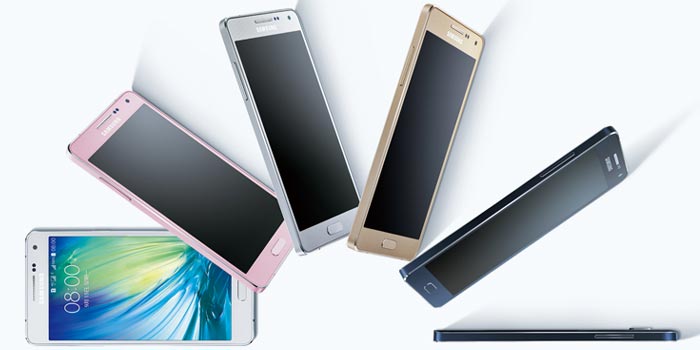 There’s also a third model in the series called the A7, but the company is yet to go on the record of its existence. The A5 is a mid-range handset and it packs some pretty good features. Android 4.4.4 KitKat comes preloaded and there’s a 64-bit processor onboard which means that version 5.0 Lollipop is destined for the phone in the near future.

The phone is also pretty slim at 6.7mm and it weighs just 123 grams. Samsung has included LTE cellular support and the model headed to China has dual SIM card slots as well, notes PhoneArena. Apart from these attributes, the Galaxy A5 also comes with an HD display, a 5MP front camera, a 13MP rear snapper and a 2300mAh battery.

Here’s a refresher on the Samsung Galaxy A5’s specs:

There’s are no concrete details as to where the Samsung Galaxy A5 will be available apart from China, but it looks like other Asian markets including India can expect the device by the end of the year or in early 2015.