The Samsung Chromebook 2 that we had reported about yesterday, has gone official in the US and is slated to be made available in screen configurations of 11.6-inch and 13.3-inch by next month. Both versions will hit store shelves in April this year and users will have to shell out at least $320 to lay their hands on one of these systems.

First of all, we would like to mention that the stitched faux-leather design like the one on the back panel of the Note 3 has been fitted on the Chromebook 2. The gadget can wake up in less than a second and cold boots take under 10 seconds. It has been optimized for Google+ Hangouts and you can expect instant access to various Google services as well. 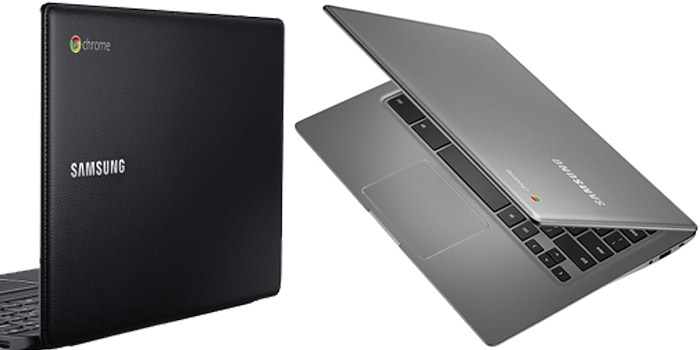 According to the South Korean company, the Chromebook 2 can cough up the juice for usage time of about 8.5 hours at a stretch and users are not required to update the software as the laptop does it on its own. As the data is encrypted and saved on your account, you can access it from almost anywhere on any other gadget.

The Samsung Chromebook 2 has been loaded with multiple applications such as Air Droid Premium, Wunderlist Pro, LittleBridge.com and many more. In addition to this, the system will also be made available to K-12 grade school students and teachers for educational purposes, just like its predecessor.