Samsung has beaten Apple to take up the top spot in the premium smartphone segment in India for the year 2015. The former currently holds a market share of 46%, while the latter commands 44% of it. Sony lags behind the two at a 3% share.

The CMR report predicts the premium smartphone sector will ship 5 million units in CY2016, with Apple standing to benefit the most from this rise. The segment shipped over 3.3 million handsets in 2015, making up 3.4% of the 96.4 million total device shipments during this period of time. 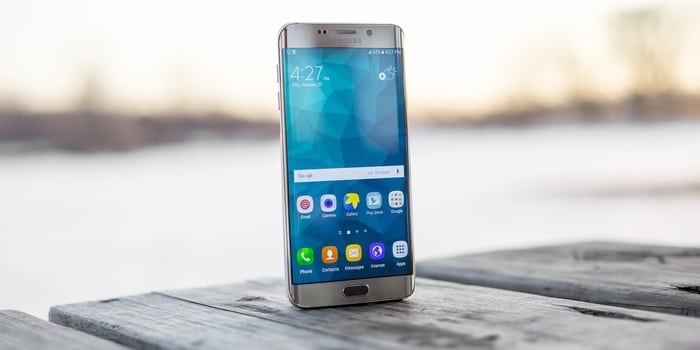 The Rs 30000 and above market grew by 53% in 2015 mainly due to Apple’s rapid increase in volume numbers. CMR claims that India’s 93% sales growth in iPhones even outnumbered China’s 87% rise in the 3 months ended June. The company sold over 2 million handsets in India over the course of the past year.

Interestingly, Apple vended nearly 800000 units during the October to December quarter. The figure was high enough to even pip Samsung’s sales in the premium segment. CMR’s lead analyst telecoms Faisal Kawoosa thinks the overall sector will move from a volume game to a value market, giving more importance to high-end smartphones which sell less units at a greater value.

Faisal goes on to state that Apple’s new iPhone SE will contribute to Apple’s growth but won’t be the focal point of its rise. While the phone qualifies as a premium device, its 4-inch size may not do it any favors since 5-inch smartphones make up 63% of the top-end handset shipments. Furthermore, he thinks its Rs 39000 MRP is not right since models like the iPhone 6 or 6S are selling for cheaper.

The CMR report also points out that the premium segment is dominated by foreign brands. The firm believes Indian manufacturers should start foraying into the sector instead of continuing its focus on affordable options.