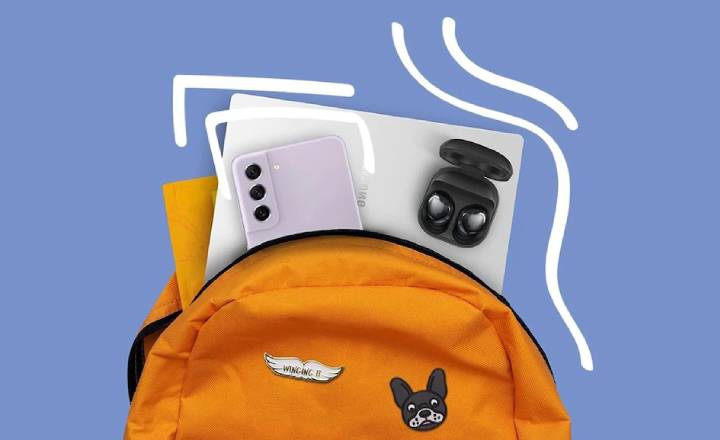 Samsung had a faux pas of sorts recently when it posted a photo on Instagram that gave us our first official glimpse of the Galaxy S21 FE. Everything we had heard about the phone till now was hearsay but Samsung’s unintentional unveiling means that a launch isn’t too far away.

The company’s official Instagram account had posted a now-deleted photograph promoting Samsung devices for students joining schools. As you can see, the backpack contains the Galaxy Buds Pro earbuds, a Samsung laptop, and a Galaxy smartphone.

Now, one could argue that this phone is just the regular Galaxy S21 but closer inspection shows us that its camera bump is of the same color as its body. Previous leaks have shown us that the FE model will likely be taking this design route. Also, if it was indeed the regular Galaxy S21, Samsung really had no reason to delete the post.

The Galaxy S21 FE will fit into the same slot as its predecessor, the S20 FE did. It will act as a slightly more affordable option for those who don’t have enough cash to purchase the flagship device. Not skimping on many features was the key to the success of the previous device, so this phone will most likely carry that legacy forward.

Rumor has it the Galaxy S21 FE will ship with a 6.5-inch Super AMOLED Infinity-O display with FHD+ resolution and a 120Hz refresh rate. It will reportedly run on the Snapdragon 888 processor and offer 8GB RAM along with 128GB or 256GB of internal storage. Its camera setup is expected to be similar to that of the Galaxy S20 FE’s.

Expect the Samsung Galaxy S21 FE to get an official unveiling this September.