Pune-based Sakri, with its WinTab slates is the latest addition to the list of local manufacturers that are pledging allegiance to the Windows platform ever since Microsoft dropped the licensing fees for its operating system by 70 percent. Two new tablets have been launched by the company, with their price points set at Rs 13999 and Rs 20999.

These apply to the 8-inch and 10.1-inch models, respectively. The products have been blessed with IPS panels and both bear a resolution of 1200 x 800 pixels. The Sakri WinTab tablets ship with Intel Atom Z3735D processors onboard, which have their clock speeds set at 1.83GHz. 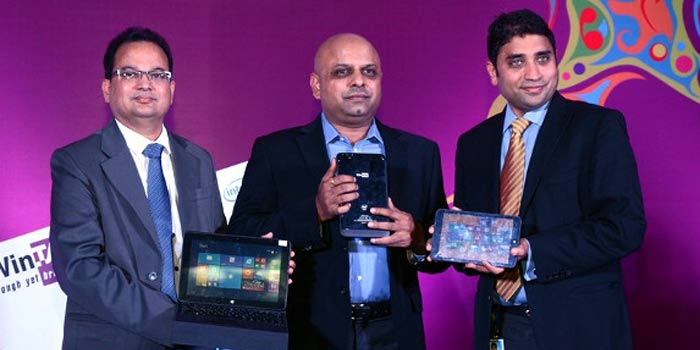 Both the devices grab microUSB, microHDMI and microSD ports, while only the 8-inch model kicks in a SIM card slot. And while the smaller slab features 1GB worth of RAM, the larger one comes with a 2GB module. Both the WinTab devices of course run the Windows 8.1 OS, and come with a 1-year Office 365 Personal subscription.

The CEO of Sakri, Ravi Lakshman has revealed that the company is now planning to introduce tablets with other form factors soon. Notion is another Indian company which is currently offering affordable Windows tablets in the country, apart from iBall.

Here’s a quick glance at the key specs of the Sakri WinTab tablets:

The Sakri WinTab Windows tablets will be made available for purchase in the days to come at the above mentioned asking amounts.