Researchers at Washington University in St. Louis have developed components which can enhance optical device processing and lead to faster computers, and even give a push to progress in making a real world Invisibility Cloak like the one in Harry Potter. Both will be every geek’s fantasies come true, right?

Since breaking down the process in scientific terms may sound unbearably boring, we’re going to put it simply. First off, time reversal symmetry is a physical rule that insists that if light can travel in one direction, it must be able to travel in the opposite direction also. 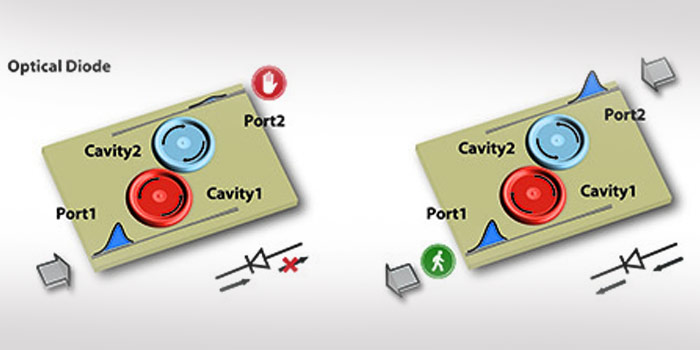 What the Washington University team has done is that they have created an optical diode out of parity-time (PT) symmetric microresonators and this can be adjusted to only deliver one-way transmission of light. In order words, imagine rays of light traveling in a one-way channel instead of to and fro.

This results in the light flowing in one direction only, that is, forward. On a standard basis, magneto-optics and high magnetic fields are used to interrupt time reversal symmetry. But in this case, the broken PT symmetry allows for strong nonlinearity to break time reversal symmetry. The idea has evolved from mathematical physics.

The PT concept can be employed in electronics, acoustics and other suitable areas. With regards to computers, the researchers are talking about future builds which can run on light.