Reliance’s JioPhone was plagued with availability problems when it was first released back in August last year. 6 months in, supply appears to have eased to the point where the brand can sell the smartphone through outside retailers.

The Reliance JioPhone has so far been restricted to the Jio website, MyJio app, Reliance Digital outlets, and Jio retail partner shops. This changed earlier this week when the handset went up for sale on MobiKwik. Now, the device has hit Amazon India.

The 4G-ready JioPhone is still priced at Rs 1500 on Amazon. As you might recall, the amount is being called a security deposit since Reliance is promising to refund buyers after they return the phone in 3 years time, effectively rendering the cost of the handset at Rs 0. 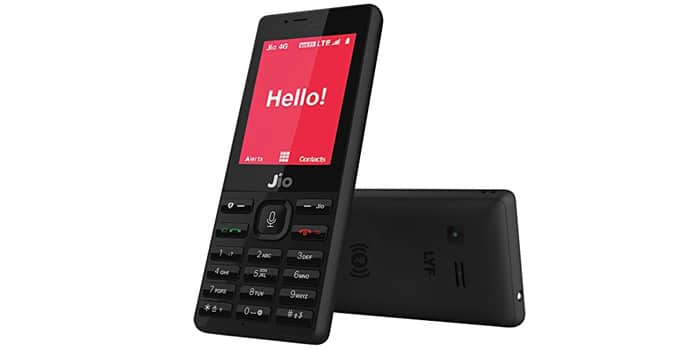 Amazon currently has an Amazon Pay offer running till February 28 in which it’ll give back Rs 50 as balance for a minimum order of Rs 250. There’s also a separate Jio scheme running which gives away a 50% cashback up to Rs 50 on mobile recharges made via Amazon Pay.

It should be noted that you’ll have to head to a Reliance Digital or Jio store to activate the JioPhone. You’ll also have to carry the original box and make note of your Aadhar number. In related news, the company recently announced that the Facebook app had become available for downloads.

Specifications of the Reliance JioPhone:

Sadly, WhatsApp is still out of the picture in spite of heavy demand. Coming to JioPhone-specific plans, the device’s Rs 153 tariff recently got revamped to include 1GB of data every day instead of the earlier 500MB. There’s also a brand new Rs 49 pack which gives away unlimited calls and 1GB of data for 28 days.

Once again, you can buy the JioPhone via Amazon India.