Surprisingly, the JioPhone has effectively been priced at Rs 0. People will have to pay a Rs 1500 deposit for it which will be refundable after 3 years. This isn’t a bad bargain if consumers don’t mind having the same device for 3 years, especially if they take it on as a second handset.

There’s no mention of whether the refund will be conditional on the shape the JioPhone is in after the 3 years are over. The handset will go up for beta testing on August 15 before pre-booking begins on August 24. Early birds will get to buy the phone at some point in September on a first-come first-serve basis. 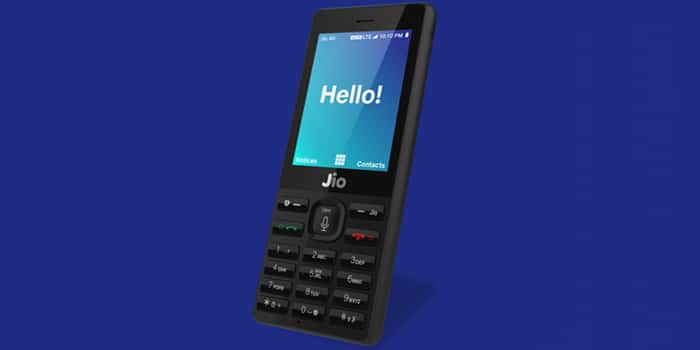 As for plans, Reliance Jio is pushing a Rs 153/month scheme that gives away unlimited data, voice calling, and SMS. For Rs 309/month, users will additionally get access to a TV pack which lets them mirror their screen on a TV, even a CRT one. If that’s too much of a commitment, the company also has a Rs 24 for 2 days and Rs 54 for a week sachet packs.

Specs-wise, the JioPhone has a 2.4-inch QVGA screen, an SD card slot, FM radio, and a 3.5mm headphone jack. More details will probably come out closer to its release, with NFC and UPI support to be added in due course.