Reliance Jio has launched a new JioFi 4G wireless hotspot with an OLED display to enable users to easily access to the services provided by the network. The device is larger than its predecessor in size, but has a lower battery capacity. It can be purchased through the company’s Digital or Digital Xpress Mini Store.

The JioFi 4G hotspot is almost a square with rounded edges in terms of design. The display conveys information like the power status, battery life and signal strength on the device. The gadget flaunts a ‘Designed in India’ tag on the rear of its matte body. It also has a microSD card slot. 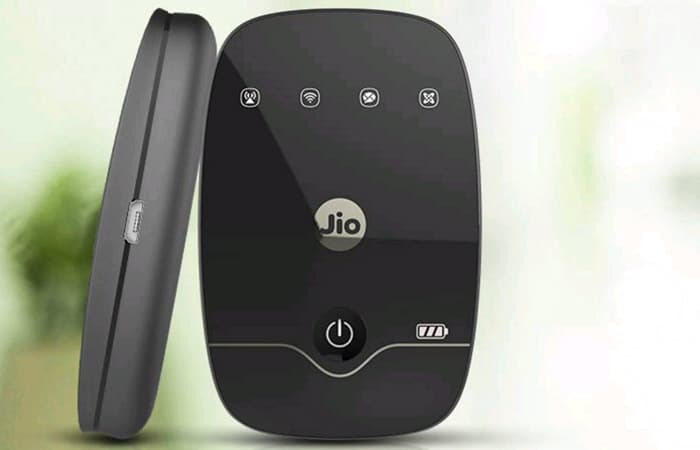 A 2600mAh battery powers the JioFi 4G hotspot, an increase from the 2300mAh powerhouse in the previous version. It is claimed to last for around 5 hours of usage. The older variant of the device could provide connectivity for nearly 8 hours. It is possible that the difference is due to the presence of the screen on the new model.

The lower battery life on the new JioFi 4G hotspot is compensated by its fast charging capability. The hotspot can only connect up to 10 devices which is considerably lower than the 31 devices supported by the earlier variant. However, it can still prove to be useful in domestic and small business setups.

Panasonic has collaborated with Reliance Jio to manufacture the JioFi 4G hotspot. Buyers can avail of the Jio soft launch offer of free services till December 31. Post the network going live, users of the gadget may still expect reasonable data plans from the company. The new device is priced at Rs 1999, again like the first model.