Reliance has just announced the launch of a new messenger app named Jio Chat which it has released for Android and iOS devices, thus challenging the reign of utilities like WhatsApp, LINE, WeChat and Telegram in India. This is the first big product coming from the Mukesh Ambani owned company which is all set to introduce its 4G network in the nation soon.

With the Jio Chat app from Reliance, you’ll be able to exchange messages with your contacts over data or Wi-Fi networks. Voice calls like the ones introduced by WhatsApp recently can also be taken advantage of, apart from video calls and group messaging. 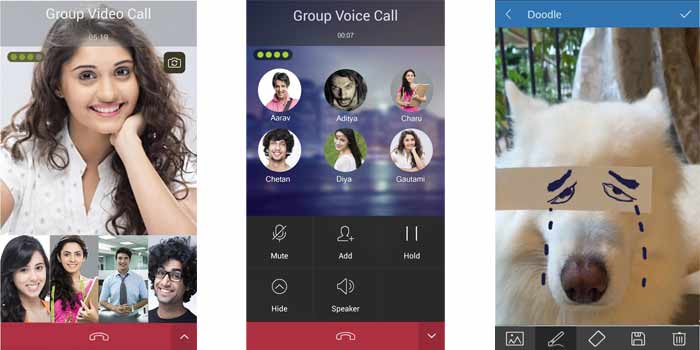 You can of course send and receive pictures and videos through Jio Chat, but Reliance has also blessed the app with the ability to let you draw doodles and create voice notes. Moreover, there’s even the facility to voluntarily share your location with your contacts.

As part of a feature that apes BBM Channels, Jio Chat offers similar attributes as well. Its very own Channels feature lets you browse for news, updates and special promotions of brands you follow. What’s more, even celebrities can make their own channels to stay in touch with fans.

Reliance Industries Limited is all set to take a full-frontal telecom leap soon by launching its 4G services in India. It is being said that the company has the largest intra-city optic fiber network established already.

If you wish to try out Reliance Jio Chat, you can head over to the Google Play store or the Apple App Store in order to download the app for free.