Home Other Brands Reliance to end JioPhone production, work on Android phone instead

Reliance Jio has reportedly stopped production of the JioPhone in its tracks in anticipation of an Android-based handset. This is big news, both for people who’ve already bought the device and those looking to buy it.

3 sources have confirmed this news to FactorDaily, with one a person close to Jio, the other a company insider, and the third an executive at a rival brand. The main reason behind this decision appears to be the walled garden nature of KaiOS, the software the JioPhone runs on.

There aren’t that many apps out there which run on KaiOS, hence the need to develop special versions of them just for the JioPhone. The feature phone contains all the Jio apps, but this may not be enough for its long-term success. The report points out that earlier handsets which ran on the software did poorly in terms of sales. 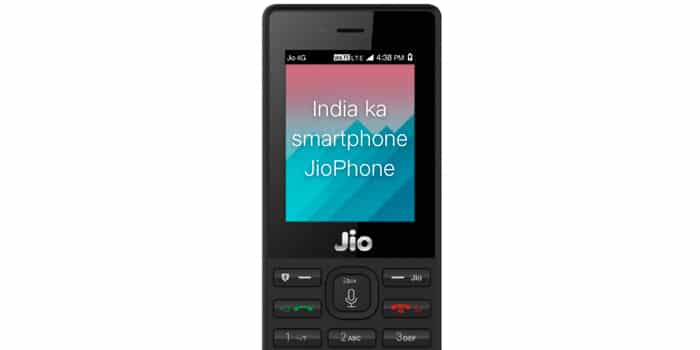 It’s possible this fate will befall the JioPhone once the initial hype wears down and the Rs 0 deal doesn’t look that attractive anymore when it comes at the price of being cut off from modern technology. It’s likely with this in mind that Reliance has begun negotiations with Google to bring down Android’s royalty cost.

The Android-based JioPhone might adopt Google’s lightweight Android Go platform, optimized for such basic handsets. There’s no word on whether the device will bundle the same Rs 0 scheme. It’s not even clear if the KaiOS-based version will go completely extinct. At least 10 million units are supposed to be manufactured for now, but the future of the handset is in question.

News of this fresh direction for the JioPhone comes amidst rivals Airtel and Vodafone launching low-cost 4G smartphones in association with domestic manufacturers like Karbonn and Micromax. Perhaps Reliance wants to compete on level grounds with its competitors.