The Motorola Moto G which is said to be one of the most successful mid-range devices in India, has been launched by Reliance Communications as a CDMA phone and it has already been made available on EMI basis in the country. The telecom operator has pegged the 8GB model at Rs 13,490 and you can opt for the zero down payment plans to purchase it.

The guys over at TelecomTalk were one of the first few people who got to know about Reliance’s plans of selling the Moto G. Although the website reveals about 6-month and 12-month EMI options for device + Zero plan, the official eStore has taken them off. As of now, the device-only EMI option is available for ICICI bank customers and they are required to pay Rs 1,205 for 12 months or Rs 2,334 for 6 months. 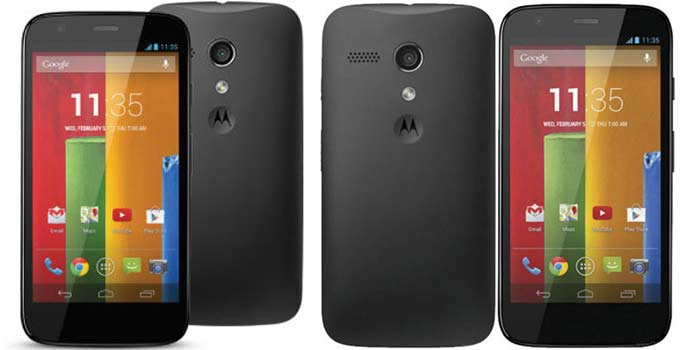 Here’s a quick recap of the features and specifications of the phone in question for potential buyers. Its front panel is dominated by a 4.5-inch 720p touchscreen that is reinforced with a Corning Gorilla Glass coating for scratch resistance. The Moto G makes the most of the Android KitKat 4.4 OS and is also receiving updates for the later versions of the platform.

It tags along a 5MP camera with flash as well as a 1.3MP webcam for video conferencing. A quad core 1.2GHz Qualcomm Snapdragon 400 processor is at the heart of the device and it is accompanied by 1GB of RAM. There are no memory expansion options, but you get 50GB storage on Google Drive for two years, free of charge. It is fueled by a 2070mAh battery.

Interested users can visit the Reliance eStore to purchase the 8GB CDMA version of the Motorola Moto G for Rs 13,490. The same model can be picked up for Rs 10,499 on Flipkart if you are willing to exchange your old smartphone.