The Xiaomi Redmi 2 may be getting a price cut of Rs 1000 and it might be available for Rs 5999 on July 7. The company is teasing the reduction on its Twitter and Facebook accounts today, with the official announcement to be made tomorrow at 10am.

It’s not certain that the post is about the Xiaomi Redmi 2. The text is accompanied by a photo which obscures a number, most probably Rs 5999. Some users are suggesting the clue could be concerning the release of the Xiaomi 2A in India. That’s not likely, since the company would possibly use other ways of hinting at that, rather than just displaying a number. 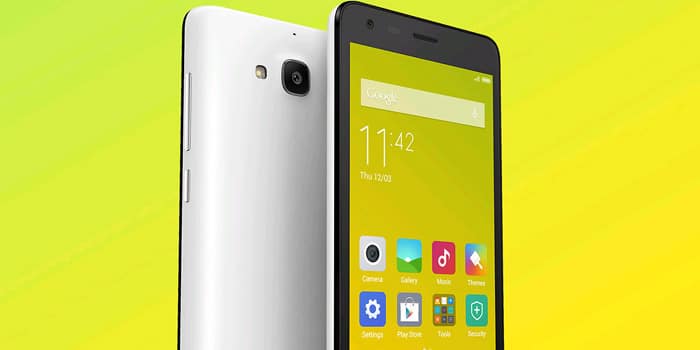 The Redmi 2 was released in March this year as a mid-range smartphone. It has a 4.7-inch IPS HD display protected by Asahi Dragontrail Glass. The smartphone contains Android KitKat 4.4.4 and runs on a 2200mAh battery. It’s powered by a 64-bit quad-core 1.2GHz Qualcomm Snapdragon processor coupled with an Adreno 306 GPU.

The 8MP rear camera is capable capturing video at 1080p, while the 2MP front lens can assist with video conferencing at 720p resolution. The Redmi 2 has 1GB of RAM and 8GB of internal memory, which expands up to 32GB via microSD. It has 4G dual-SIM support and can be connected over Wi-Fi and Bluetooth.

7th July 10am on http://t.co/rt7nnZnKKS . Put it down on your to-do list now. RT and remind your friends too! pic.twitter.com/o7wXqm7Xhw

Specifications of the Xiaomi Redmi 2:

With this reduction in cost, the Xiaomi Redmi 2 can compete better with other phones such as the Micromax Canvas Spark. The handset doesn’t have 4G support, but is cheaper at Rs 4999 and comes with Android Lollipop 5.0, a 4.7-inch qHD screen and a 1.3GHz quad-core MediaTek CPU.