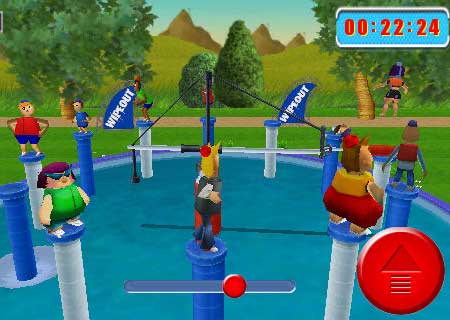 The App Store is packed with a plethora of offerings which appeal to a wide audience. Now Endemol adds to that array its latest form of entertainment namely Red Ball Challenge App. The game is based on the company’s global blockbuster Wipeout and is developed by Tag Games.

Paul Farley, Managing Director of Tag Games stated, “We are very excited to be working with Endemol on this app. The combination of huge obstacles, fast and engaging game-play, great 3D visuals and of course the painful falls will ensure the app will have great appeal to both fans of the TV show and gamers in general.”

Red Ball Challenge is now available for the iPhone and iPod touch and can be downloaded from the Apple App Store. The price is however still unclear.