Ravi Shankar Prasad has hit back at the Congress for demanding his resignation over the call drops issue, asserting that he was clearing the mess the previous UPA regime left during their reign. He further questioned how the party managed to make BSNL and MTNL loss-making entities.

The Telecom Minister claims that at the end of NDA rule in 2004, BSNL was making a profit of Rs 10183 crore, but at the end of the 10-year Congress legacy it was making losses of up to Rs 8234 crore. MTNL followed a similar pattern, recording profits of roughly Rs 938 crore, before falling to losses totaling Rs 2843 crore in 2014. 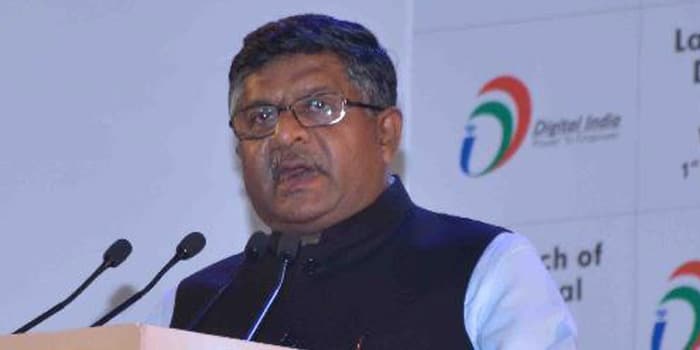 As per PTI, Prasad said the Sanchar Bhawan, the seat of the Telecom Ministry, had become a hotbed for corruption, impropriety and looting during the Congress party’s tenure. According to him, the failings in the telecom industry were due to a lack of monitoring and network development.

Call drops arose out of a combination of such factors. Prasad stressed that the current government has inherited the problem. His comments come after Congress General Secretary Shakeel Ahmed, a former Minister of state for Communications, made statements asserting the issue was commonly found in MTNL and BSNL networks more than others.

He went on to declare that it was difficult to talk on a handset for even five seconds and demanded the concerned Minister should be sacked, saying the worsening call drop situation demonstrated his incompetence. While he didn’t name Prasad, it’s clear he was alluding to the Telecom Minister in his address.

Prasad on his part believes that there were vested interests in the previous regime which were weakening BSNL and MTNL. He now wants to challenge the Congress party to an open debate on the poor state of the state-run telecom operators.