Home Software Quickoffice goes free, sign in by September 26 to get extra 10GB...

Google recently announced new Wallet applications for the iPhone and Android devices, and it’s now making the Quickoffice productivity suite available for both platforms free of cost. The app comes with deep Google Drive integration. What’s more, if to sign into your Google account before the 26th of this month from the Quickoffice app, you’ll receive an extra 10GB of cloud storage which is valid for a period of two years.

The additional hoarding space will be added to your ID within a few weeks’ time. Quickoffice allows you to manage and edit documents created in Microsoft Office apps such as Word, PowerPoint and Excel, on Android and iOS devices. And since there’s integration with Drive, you’ll be able to access files from almost anywhere. Additionally, the company has enabled the option to convert documents to native Google Docs, Sheets and Slides formats. Apart from a fresh icon, a few improvements have been provided with the update. They include creating ZIP folders and the ability to view charts in Excel and PowerPoint. 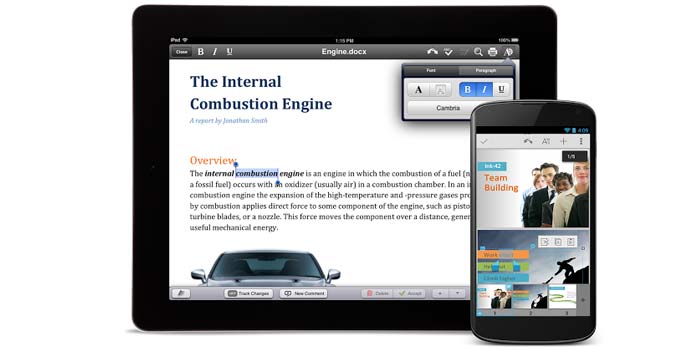 Those having Quickoffice Pro and Pro HD will be able to continue using the applications. However, Google recommends that you switch over to the new release to avail of the latest features. Also, cloud storage on the old applications will be inaccessible by the end of March 2014.

For reminder’s sake, the free 10GB of storage is only valid until September 26 and is available for two years. The new QuickOffice for Android and iOS applications are up for download through Google Play and the App Store, respectively.