The CES 2012 appears to have many treats in store for tech lovers and the impending launch of the Qualcomm Snapdragon GameCommand app in the Android Market could come as more good news. Made for smartphones powered by Qualcomm Snapdragon mobile processors, this software will basically aid users in finding, managing and accessing the latest Snapdragon-optimized apps as well as exclusive games, in an easier manner.

Through the upcoming app, users will be able to play and gain smooth access to more than 100 Snapdragon GamePack featured games on their tablets and mobile phones. Some of the titles that it comes stuffed with include Bunny Maze 3D from Eyelead Software and Desert Winds by Southend Interactive.

“With mobile gaming proliferating at a blistering pace, apps like Snapdragon GameCommand make it easy for consumers to discover and access the most advanced Snapdragon optimized games. With exclusive and highly-anticipated games like ‘Fight Game Heroes’ and ‘The Reem’ Snapdragon mobile gaming is really starting to heat up,” stated Dave Durnil, director of advanced gaming at Qualcomm. 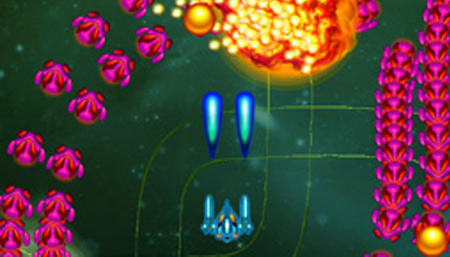 Fight Game Heroes from Khaeon Gamestudio which boasts of head-to-head battles with real MMA fighters and covers multiple combat champion and UFC fighter Alistair ‘The Reem’ Overeem, is touted to be among the most interesting games that this app is set to offer. Moreover, Snapdragon GameCommand will be providing users with feeds from popular gaming news sites so that they stay informed about the latest happenings in the arena.

The Qualcomm Snapdragon GameCommand app is scheduled to be available in the Android Market from January 10 in the U.S. It will be rolled out to other countries thereafter.