Home Karbonn Quad-core Karbonn Titanium S1 Plus listed online for around Rs 5800 in...

The quad-core powered Karbonn Titanium S1 Plus is available for Rs 5,800 or more through various retailers in India. It’s a good thing that this handset costs so less because it has one of the most boring and generic exteriors on the planet.

What’s more, the Karbonn Titanium S1 Plus will be competing against the likes of the Motorola Moto E which already has massive brand reputation on its side. There are one or two points which make the former seem superior to the latter. 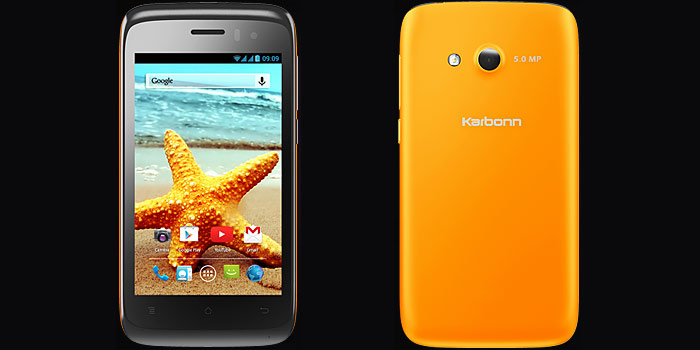 For starters, the Karbonn phone has a quad-core chipset as opposed to the new Moto’s dual-core SoC. The Motorola device makes do without a webcam for video calling in order to cut cost of production, while the Titanium S1 Plus sports a basic VGA lens above the display in addition to a 5MP main camera.

The Moto E is priced at Rs 7000, runs on KitKat, has a 4.3-inch 540 x 960p touchscreen and embeds a 1980mAh battery for delivering mixed usage of roughly 24 hours. As you can see from the features listed above, its would-be rival munches on Jelly Bean 4.3 and integrates a 1500mAh power house for about 3.5 hours of talk time.

The Karbonn Titanium S1 Plus is being sold through various online stores including Flipkart, Saholic and eBay India amongst others.